‘2019 is the year Williamsburg dies’ thundered the headline of the New York Post in July 2016. 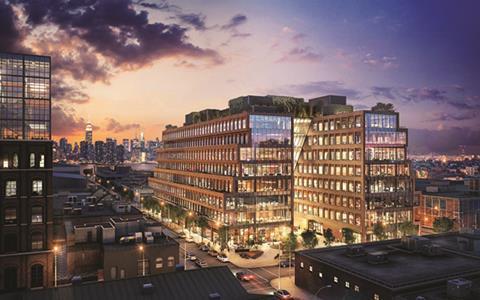 Construction is progressing on 25 Kent, a spec-built office, light manufacturing and retail building, due to open in about 12 months

The city’s tabloid was reporting the news that the L train - the main subway line ferrying commuters from ‘hipster playground’ Williamsburg into Manhattan - would close for 18 months in 2019 so that much-needed tunnel repairs can be carried out.

The paper claimed that homeowners were already putting their houses on the market and commercial property values - particularly along the main retail drag of Bedford Avenue - would also be adversely affected.

Just over a year after the subway closure was announced, Property Week went on a tour of Williamsburg to assess the impact to date - and find out just how worried local developers are. 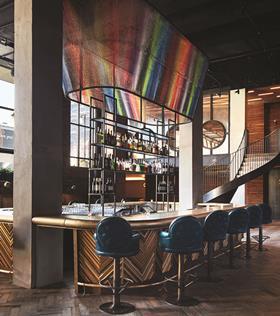 At first glance, Williamsburg doesn’t look like an area ready to breathe its last breath. Along the main shopping drag of Bedford Avenue, there are few voids and noticeably more national retailers than a couple of years ago, Apple and Whole Foods being two recent additions to the neighbourhood.

The hospitality market is also booming: five new hotels have just opened or are about to open within a two-block radius, including the Williamsburg Hotel and The Hoxton.

Perhaps more importantly, construction is progressing on 25 Kent, a circa 480,000 sq ft spec-built office, light manufacturing and retail building, which is due to open in about 12 months.

“As far as we can tell it’s the first new speculative office building in Brooklyn in about 50 to 60 years,” says Jeremiah Kane, director for New York City at Rubenstein Partners.

Although the development partners - Heritage Equity Partners and Rubenstein - have yet to secure an occupier, Kane says “good conversations” have already taken place and that he expects activity to pick up as the completion date approaches.

“Brooklyn is a ‘show me’ market,” says Kane. “A lot of people put out pretty renderings of buildings that never happen. It’s only when someone can come and stand on the first or second floor and see the view that it starts to resonate with people.”

Few people have more skin in the game in Williamsburg than Toby Moskovits, founder of Heritage Equity Partners. In addition to being co-developer of 25 Kent, she is also co-owner of the Williamsburg Hotel. 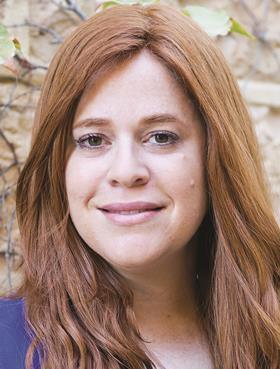 Moskovits says that the recent growth of Williamsburg has been fuelled by people who want to work, live and play in the same community and that the presence of occupiers such as Vice magazine and Kickstarter is acting as a magnet for larger blue-chip businesses such as Adidas, which is about to open a design studio in the area, and car giant MINI, which has opened a 23,000 sq ft mixed-use scheme with business incubator space, a design store and a restaurant on the Williamsburg Greenpoint border.

“What’s really interesting about the space is that it represents a German company recognising that being here in Williamsburg is a critical statement about their brand,” says Moskovits. “It’s an effort on their part to engage with a community of entrepreneurs. It also represents the transformation of Williamsburg into a retail incubator with brands trying out new concepts, which is what happened in Soho in the 1990s.”

The neighbourhood’s growing popularity with occupiers has pushed retail rents up over the past few years, according to Robin Abrams, vice-chairman of retail at Eastern Consolidated.

“What may have started out as $75/sq ft to $150/sq ft space five years ago now commands double or triple the rent,” says Abrams. “Rents in Williamsburg have climbed to rival some of the pricier retail corridors in Manhattan. Rents on Bedford Street range from asking $300/sq ft to $500/sq ft, mostly for small space.” 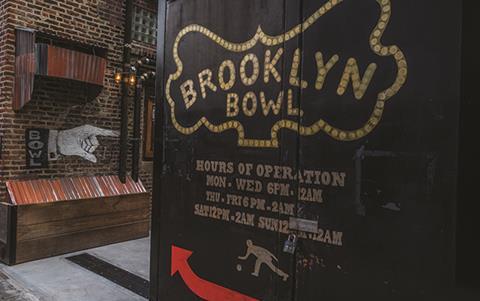 Although rents may soften slightly in the short term, Abrams believes this is more to do with wider issues in the retail sector than the impact of the L train closure.

“Many people are concerned about the effect of the repairs to the L train, but local brokers say it does not affect their ability to lease space,” he says. “Instead, retailers and food tenants seem to be focused on the growing customer base as the residential units in the area continue to grow, and additionally a couple of million square feet of commercial office space is being built and leased.”

His optimism is shared by Brendan Maddigan, executive managing director, investment sales, in the NYC capital markets group at Cushman & Wakefield. Although there was some initial concern about the subway closure, which had a “premature impact on value”, as more details have been released about the planned works these worries have subsided, he says.

“When the news was first announced, the uncertainty had a major impact with people questioning whether to invest in this neighbourhood,” he elaborates. “But folks realise this is a great neighbourhood and it’s not going to fall into the East River just because the train is going to be closed down for a year.”

Some, like Douglaston Development’s Jeff Levine, even think it will benefit. In short, reports of the death of Williamsburg appear to have been greatly exaggerated.