How is Scotland’s build-to-rent market faring?

The rise of the build-to-rent sector is changing the way we live – but gaining support from local authorities is critical to its success. Now firmly established in London, Manchester, Birmingham and Leeds, the BTR market is also taking off in Scotland – but how is this market different, and what are the challenges for investors and developers?

Yardi brought together a panel of industry thought leaders to discuss the main issues.

How does the Scottish build-to-rent market differ from England?

Iain Murray (IM): Looking at demographics, earnings and the overall rental market, Scotland is not that different from Leeds, Manchester or other big English cities outside London. Lots and lots of people rent. The difference is that Scotland, at the moment, is behind the curve.

The Independence Referendum [in 2014] created a great deal of uncertainty, which held the market back. Talk of a second referendum had the same effect. If that were to start up again, then investors would start to get nervous. For now, investors seem to have got over Brexit and the ‘indyref’ – their money has to be put somewhere.

Peter Carus (PC): The key difference is that build-to-rent is taking its time to get going in Scotland. At a national level, there’s clearly been a big push. Now that’s beginning to come down to local government level and the planning authorities are supportive of new build-to-rent projects.

Scotland, at the moment, is behind the curve [for BTR]

Rick de Blaby (RdB): The further you get from London and the South East, the more open for business local authorities are. The planners in Glasgow have been very receptive, and the new planning advice note that has recently come from the Scottish government is very useful too.

IM: It does help that Scotland has a majority government too.

How are Scottish leases different – is this a problem for investors?

RdB: The Scottish residential lease is distinctly different. When a tenant leases an apartment, effectively they have indefinite security of tenure. That might put some investors off; it certainly doesn’t put Get Living off as our model seeks to accommodate longer resident commitments anyway.

IM: As a build-to-rent management company, our clients want people to stay for as long as possible. Turnover in tenancies costs money.

Christa Reekie (CR): The Scottish system creates a lot of certainty for tenants that simply doesn’t exist in England. 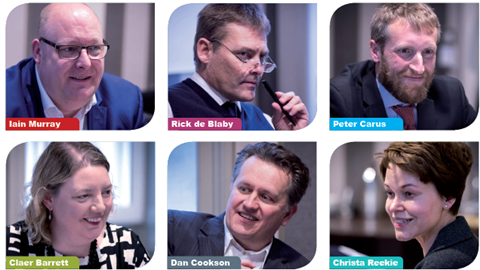 The roundtable speakers all brought differing perpsectives on the Scottish market

IM: Scottish leases are something that will put investors off if they don’t do proper research. Some build-to-rent investors will have an endgame of eventually selling the flats they develop. And they still can. There are extensive grounds for ending a lease and evicting the tenant; reasons include that you are selling the property, it is being refurbished, they have broken the tenancy agreement, they are being anti-social.

As a build-to-rent management company, we are quite keen on this legislation as it gives me additional security. But from a conceptual point of view, investors outside Scotland may find it difficult. Anything different from the norm, and some investors will think it’s easier to put my money in Manchester or Birmingham.

How have you changed your business model for the Scottish market?

RdB: There are three, possibly four, cities in Scotland where build-to-rent could work. We have bought a 7.5-acre site to the east of the Merchant City in Glasgow, and we’re about to submit a planning application for 727 private rental with 99 student units. Our model is all about scale – we don’t do under 500 units. It is tempting to take what works in London and replicate it.

But our focus groups in Glasgow have provided some valuable insights. For example, renters up here in Scotland don’t do as much apartment sharing as those in London. People in Glasgow seem to want their own space. As a result, we will develop fewer three- and four-bed units. Another thing Scottish renters really want is a hallway. Rather than an open-plan layout when they open the front door, they want an area where they can ditch their wet boots and clothes before they enter the living accommodation. If you don’t conduct forensic research, you are going to get these things wrong. 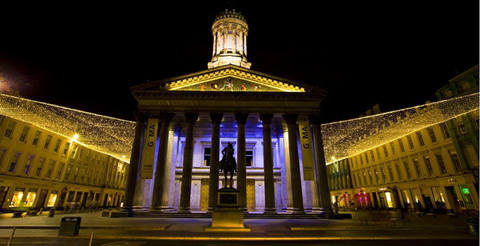 CR: This isn’t the only way that the Scottish climate is affecting the market. If you look at the quality of properties in the private rented sector across Scotland, 28% have an energy performance certificate of E, F or G – the bottom of the table. Often these properties are tenements, listed buildings or high-ceilinged properties with single-glazed windows. New legislation is being consulted on to make rented properties more energy efficient. We therefore need more high-quality, energy-efficient build-to-rent accommodation.

IM: In the Scottish private rented sector, the standard is unfortunately high energy use and low energy efficiency, plus low levels of service and customer satisfaction. Build-to-rent schemes can’t get planning permission unless they are energy rated silver plus or gold. I can’t wait to open Edinburgh Springside [a Moda development currently going through the planning system]. I think there will be queues around the block.

CR: We recently opened registrations for a 96 mid-market rental units in Leith, and more than 3,000 people put their names down.

The Scottish government also has legislation to ensure rents are affordable – how does this work, and does it worry you?

CR: In Scotland, if a local authority thinks that rents are escalating and becoming unaffordable for renters, they can now apply to the Scottish ministers for a ‘rent pressure zone’ (RPZ). If one is granted, existing tenants will have annual rental increases capped at least at CPI [consumer price inflation] plus 1%.

Dan Cookson (DC): The city councils in both Glasgow and Edinburgh have indicated that they will apply to ministers for an RPZ. They haven’t so far. It will be quite challenging to collect the rental information to demonstrate the need for RPZ as the evidence requirements are very precise. Some have described this as cynical legislation – it’s very hard to meet the threshold of proof required to implement it. They also seem to be talking about applying the RPZ to the whole city, rather than a specific area.

CR: I don’t see how you could do that. You would have to provide ministers with evidence [of comparable rental levels] that doesn’t currently exist.

RdB: There is a perception that build-to-rent is only for the affluent. Our target market is absolutely mid-market. The rent you can achieve is directly correlated to what people earn. In Glasgow, people won’t spend more than 35% of their net disposable income on accommodation. The average annual London salary is around £36,000 and the average salaries of the 3,000 people who live in our East Village development are bang on the London average. For example, at East Village, banking and finance are the biggest sectors of employment for our residents, but the largest single employer is the NHS. We have 81 different nationalities, and the age range is huge – the youngest is 18 months and the oldest is 72. Build-to-rent is much broader than some people think.

IM: Another thing to remember is that build-to-rent developers spend a lot more on capital construction costs up front than our colleagues in the housebuilding world. We have to live with the product we are creating. You design a building for its whole life.

How is the Scottish government encouraging build-to-rent investors?

CR: One way is through the recent launch of the Rental Income Guarantee Scheme (RIGS), which has set aside up to £15m to get the build-to-rent market going. After consultation with the industry, the Scottish government designed this short-term intervention, which gives investors limited protection by guaranteeing a certain slug of their rental income for three to five years. It is a clear signal that Scotland is open for build-to-rent business. Nobody has formally applied yet – but the scheme hasn’t been going for long.

IM: Although it’s not an insurance product, that’s a helpful way of thinking about it, as developers would be paying for future protection against rental voids. It is a way of hedging risk. 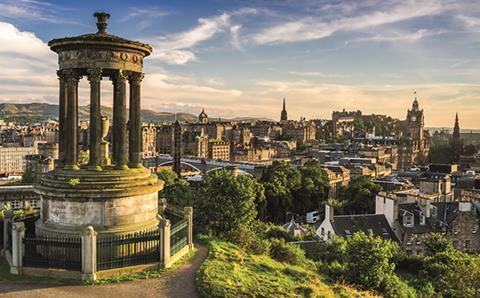 RdB: Get Living Glasgow would definitely look at it, but what’s not yet clear is how late developers can leave the application.

CR: It’s about giving people the confidence to come and start, not for those who have actually built the accommodation. If you finish a scheme and nobody comes, it’s too late to take out the guarantee. The minimum threshold is 30 units, but you could have a scheme of 120 units and use RIGS on a block of 30 of those

IM: We should also not forget the work that Gerry More did in his role as Homes for Scotland’s build-to-rent champion, which has now come to an end. I miss the role he had. He did a very good job.

DC: Gerry had some very influential committees and subcommittees, which included agents and developers, and he got everyone talking about build-to-rent.

How are built-to-rent investors using data?

DC: There is a huge amount of data being collected, but not much is being shared. In the US, where the market is much more mature, the level of data being collected is so granular. Developers have dynamic pricing models and know exactly how much rent they can charge and when they can increase them. It’s important that we have some shared understanding of how big this industry is and a broader awareness of the success of these schemes. The build-to-rent industry talks to itself a lot at industry conferences – now it’s about getting the message out into the wider world.

IM: There are nearly 3,000 people using the LIV Group app, and the data we collect is growing fast. Our clients [the residents] are on demand. Whatever they want – an Uber, a Deliveroo or internet shopping – they want it now. On our app, they can pay their rent, check their balance or add their new laptop to their home insurance in a few taps. To report a repair, you just use the app to send us a photograph through your smartphone. You don’t have to look up a phone number and wait on hold. It comes into our helpdesk and we deal with it. We also give tenants perks through our app – they might get 15% off at a local restaurant, or be told that the cycle repair club’s meeting is at 6pm on Tuesday.

RdB: We want residents to be happy. Nowadays, if they’re not happy they will tell everyone about it on social media.

IM: Exactly so – at LIV, we have dedicated people doing social media and nothing else. We are constantly monitoring so we can spot any problems, plus using social media to promote events.

RdB: Build-to-rent is becoming a very high-tech world. The only thing is, when you make a planning application with Glasgow city council you still need to pay by company cheque.