How PBSA sector can meet demand

Student accommodation operators have been housing more international students due to the demand for UK higher education, but with students struggling to get to the UK because of Covid restrictions and a changing foreign political landscape, operators have been warned not to rely on overseas students. 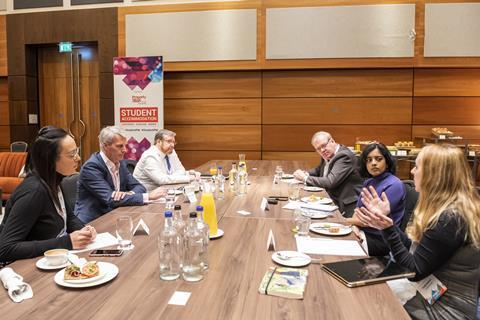 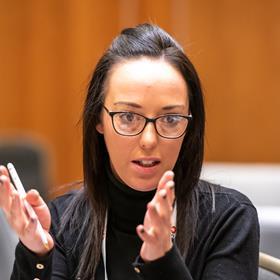 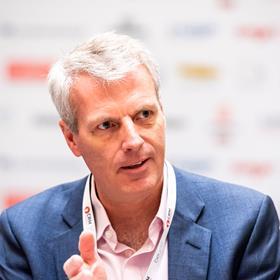 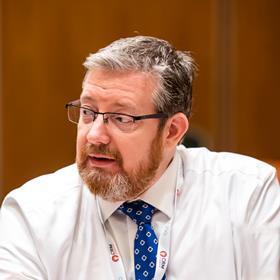 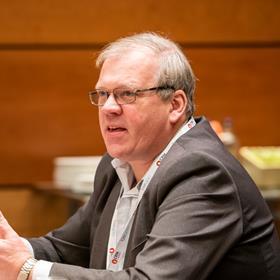 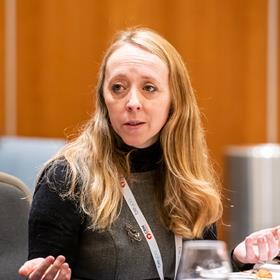 A panel of experts recently came together to discuss how the pandemic, Brexit and other factors will affect the PBSA sector in the coming years.

AP: How has Brexit affected the sector to date?

TR: In terms of applications, it’s an interesting transition this specific year, because you’ve got the impact of Brexit, which now means we’ve lost 56% of our normal EU cohort. To put that in real numbers, in 2018-19, you were seeing about 35,000 EU students coming into the UK annually. This year, it’s probably closer to 15,000. Then to balance it out and mask some of that issue is that non-EU students have uplifted so they’ve buried some of that problem by applying in greater numbers, plus the domestic market has massively increased.

RS: Although that percentage of 56% is high, the demographic of overseas students is mainly Asian students, particularly Chinese and Indian students. The trend in Europe is not great, but when you talk to the universities about who is applying, that change has not affected them. Yes, European numbers are dropping but the overall international cohort is still strong.

PJ: We have to remember now that EU students previously had access to the UK loan system. So if you accept the fact that international fees are more or less twice as much as UK fees, by definition you only need one international student to subsidise the loss of two EU students.

All universities are worried about, in my opinion, is having a global representation of students. There used to be a percentage of the EU students who actually didn’t take the loan because they were wealthy and came over anyway.

AH: We’ve seen a reduction of 10% to 15% in EU students and an increase in domestic students. In our student halls, which serve the University London Federation, 32% of residents are Chinese, but we are very reliant on a potentially very political market. But even during the height of the pandemic, and lockdown and all the issues with the flights, we were still seeing a lot of Chinese students in London in our halls.

PJ: I think the other thing you need to bear in mind though is that there are pockets where this is a big problem. There are individual universities out there for which Brexit was a major issue.

TR: It’s more to do with, first, geography – if its on the south coast and has perfect train lines for getting the Eurostar across etc – and secondly where you’ve had universities that have had an historic strategy to specifically work with EU universities.

AP: And what has been the impact on PBSA?

TR: I speak as someone who is not involved in accommodation directly – I think one of the curious challenges is that there’s a massive increase in the numbers of students that are coming from places like India, Malaysia, Thailand. And the difficulty they have there is accommodating that cultural diversity and accommodating those students that need some of the additional support in getting on with university in a UK culture.

I think the challenge is not necessarily in attracting those students; it’s how do you now support them once they get here? How do you then create the living environment that works best for them and means that they are academically successful?

MH: That’s something that’s been building up for around five to seven years. Pre-Covid, that was a point of conversation anyway, looking at student wellbeing, resident experience and how do we look after students when they get in-house? Covid very much brought that to life. So how do you get a resident experience very quickly, either online or hybrid, so the students aren’t stuck in their rooms with nothing to do.

In terms of dealing with the resident experience part of it, there were huge lessons learned, in all honesty, I think from probably most PBSA operators. Hopefully now, the way that every operator will interact with international and domestic students will change for the better.

PJ: We’re trying to isolate things as the effect of Covid and obviously, quite rightly, we’re talking about the impact on the student there. But if you look at the changes over the last five years, I think it’s very difficult to separate what are the impacts from Brexit or Covid.

The big thing that we now forget is [then chancellor George] Osborne lifting the numbers cap on students. Because when I worked in universities, you could define how many beds you wanted from housing providers, down to two beds.

RS: There is no ‘one size fits all’ on this.Within the PBSA sector, I think the trends come and go. I think there’s still a real spectrum across what different providers have done from city to city. We thought we’d struggle in London. We did very well in London, but I know that others didn’t.

Occupancy is tougher in some of those key sites in London and other markets; Southampton did particularly well this year, which has bucked recent trends in the city.

AP: What are you seeing in terms of demand in the capital city?

MH: From a Greystar perspective, in relation to Brexit, our numbers maybe fluctuated in one of our London assets and that was probably due to a business school that we work with.

It wasn’t so much that the demand wasn’t there – because I’d say the universities that we work with are going to be those that naturally draw in those international markets. It was more from a stabilisation perspective, an example being if a university decided to switch to a hybrid model or had offered online learning meaning there wasn’t a need to come to the UK, gain a tier-four visa and therefore come through to a PBSA asset.

PJ: Also the government has got a goal of increasing international students to 600,000 by 2030, which is more or less an increase of 200,000 from where we currently are. I think it’s nearly 50% of our international students come to London, which is quite astonishing. But with the lack of student development because of the affordability requirements in London and the mayor’s plan, from my understanding we’ve seen of a slowing of new builds in London. I just wonder what the impact is going to be and if London is going to hold its place.

AH: Look at UCL. They’re building a UCL East campus over in Stratford. I imagine we probably will see a little bit more of that, trying to find areas of London where universities can develop more.

AP: What’s the biggest challenge for the sector?

PJ: What I’m worried about is: how are we going to put plans in place as a sector to handle that future demand as we go forward? That’s going to be the dilemma. That’s where working with universities closely comes into play because there’s a huge opportunity for the private sector to play a role in supporting education, because the vast majority of universities now do not have the capital or the financial clout to do it on their own.

AH: The private sector needs to bear in mind a lot of universities have been very stuck with their nominations agreements and will now be thinking about how they can make themselves a bit more resilient to dealing with those changes and won’t be looking to do very long noms anymore.