How to navigate escalating ground rents

The issue of ground rents payable on leasehold properties has become a growing concern as many rents continue to increase, with some even doubling every 10 years, a rate that is higher than inflation. 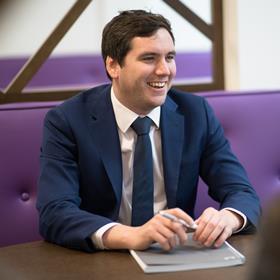 Approximately 4.5 million households in England and Wales own their homes on a leasehold basis and must therefore pay an annual ground rent. Regular and steep increases in these rents can have a considerable impact on leaseholders and lenders alike.

So, will government reforms deal satisfactorily with this or are there other solutions?

Originally, ground rents on residential long leases of flats were a nominal rate, at say £50 a year. Occasional changes resulted in minimal increases.

This started to change when landlords and developers realised that the right to receive such ground rents as landlords of a building had a useful sellable capital value i.e. the sale of the landlord’s interest in the whole building of which the ground rent lease belonged to.

Some landlords and developers have been granting new residential long leases reserving ground rents that double up to every 10 years, which ultimately results in extortionate levels of ground rent later on.

There are some immediate options available for leaseholders to pursue. A first point of call can be for the landlord and leaseholder to agree to vary the lease, so the escalating ground rent provisions are removed. Although the landlord will likely charge a premium to agree to this.

Alternatively, a leaseholder could look to use a statutory procedure to extend the term of its lease by 90 years, of which ground rent no longer becomes payable under the new extended lease. However, the landlord is entitled to compensation from the leaseholder for having to grant the extended lease that then contains no proper ground rent provisions.

In both these scenarios, the leaseholder is required to pay a capital sum to the landlord. However, there are other potential options.

The Competition & Markets Authority began enforcement action against some of the major property developers last year, running the argument that the escalating ground rent provisions in some of the leases they granted were unfair and unenforceable as ‘unfair contract terms’ under consumer protection laws. Consumer protection law may not be the solution for leaseholders though, because ‘unfairness’ is dependent on the wording of the escalating ground rent provisions and the circumstances of the transaction.

Some landlords, when concerned about bad publicity, have been known to agree to amend leases to make them acceptable to mortgage lenders – and more sellable.

A leaseholder may also consider suing their lawyers who acted on their purchase of the lease and who did not advise them of the escalating ground rent provisions in their lease.

In January this year, the housing secretary announced that millions of leaseholders will be given the right to extend their leases by a maximum term of 990 years at zero ground rent (a significant increase from the previous 90-year extension of leases of flats).

The government also said a cap will be introduced on ground rent payable when a leaseholder chooses to extend their lease or become a freeholder.