It’s the biggest property company you’ve never heard of. Formed just over two years ago, JAHAMA Estates claims to be the UK’s fifth-biggest private landowner and has property interests ranging from Europe and North America to Australia. 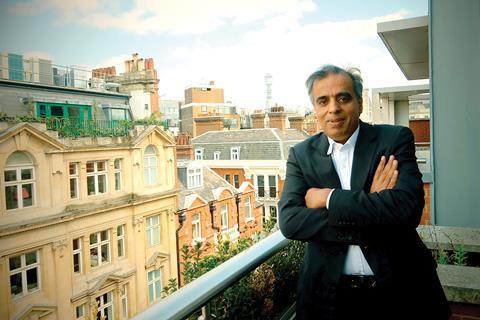 But if JAHAMA is relatively unknown, its parent company certainly is not. The Gupta Family Group (GFG) Alliance is an international group of businesses associated with renowned businessman Sanjeev Gupta and his family. The group has interests in everything from trading to mining, steel, aluminium and energy and employs around 30,000 people.

So what is JAHAMA’s remit? And how is chief executive Dilip Awtani getting to grips with a portfolio that spans four continents?

From the early 2010s, GFG grew dramatically, both organically and through a raft of acquisitions around the world. In 2016, the company bought the UK’s last remaining aluminium smelter, in Fort William, Scotland, from Rio Tinto for £330m. The deal also included hydropower plants at Fort William and Kinlochleven, as well as associated land interests.

At that point, GFG had to face up to the fact that it had become a major landlord, so JAHAMA was created, initially just to manage the Highlands estate.

“We mitigate business rates, reduce costs for the business and also give companies in the group a centre of excellence when it comes to property”

The thinking soon changed, however. JAHAMA’s primary purpose now is to act as asset manager for all of GFG Alliance’s property interests globally.

“Most of the properties are owner-occupied, so we mitigate business rates, reduce costs for the business and also give companies in the group a centre of excellence when it comes to property,” says Awtani.

“Most of the companies are not property specialists; they are engineering specialists or aluminium specialists and so on, so the idea was to give them a centre of excellence that they can draw upon to talk about dilapidations, rent reviews and other aspects of the asset management. That is the core of what we do across the business globally.”

Awtani is open about the fact that JAHAMA is still in the process of understanding the detail of GFG Alliance’s global property footprint, but says he and his team have already got a firm grip on the UK portfolio, which was the priority when he was appointed in 2018.

“Our task was to initially focus regionally,” he says. “So in the first instance, we focused on the UK because it’s one of the most complex areas, with all the different businesses we have in the UK. It’s a very heterogeneous portfolio.”

Having reviewed the portfolio and improved the day-to-day management of the assets, Awtani soon understood that many sites presented opportunities.

“When we went through the property register, we realised that we had a lot of properties that were being inefficiently utilised,” he says. “We had acquired a business, for instance, that had seven sites, but one of them was not really being used. Also, with the different businesses we acquired, there is some site consolidation going on, bringing different parts of the business together, and that frees up sites.”

As a result, property is no longer a side issue for GFG Alliance; rather, through JAHAMA’s work on rationalising the estate, it is starting to make a contribution to the bottom line.

“There is a financing element to what we do, which is to release equity where we can. So if we have unencumbered assets where we have rental payments coming in, why shouldn’t we refinance them on the capital markets? It’s a much more efficient way of utilising capital across the business.”

GFG Alliance companies occupy around 200 UK sites, 120 of which they own outright. Of those sites, Awtani says JAHAMA identified 15 that were ripe for development.

The first site to be brought forward for development was on Phoenix Street in West Bromwich, where JAHAMA worked with Persimmon Homes to gain planning permission to replace a factory with 128 homes. Planning permission was granted earlier this year and the site sold to Persimmon.

JAHAMA is now pursuing other projects, the most advanced of which is in Dudley. “We are looking at building 100 homes and with the potential of promoting neighbouring land, we could get it up to 350 homes,” says Awtani. “That was the idea of the council. When we look at sites, the first approach we make is to the councils. We ask: what do they want? What do they need?”

He says the company receives a warm welcome from local authorities because it is such a big employee in the area.

“With the West Midlands site, for instance, what they really need is housing,” says Awtani. “We have an old forge on the canal, which is ideal for residential development, and have held a couple of discussions with registered providers to build a scheme that would be nearly 100% affordable.”

JAHAMA isn’t only planning to develop housing, though. At the Clydebridge Steelworks in South Lanarkshire, Awtani reckons almost half of the site can be repurposed.

“We also have a site on the Clyde, right next to the junction of the M74 and M8, so it makes sense to develop a hospitality scheme there”

“It’s still very early days, but we have around 30 acres that we might use either for energy or housing,” he says.

“We also have a site on the Clyde, right next to the junction of the M74 and M8, so it makes sense to develop a hospitality scheme there. We have done some studies and can see that there is demand for hospitality and that room rates have gone up quite a bit.”

There is more than enough work in the UK to keep Awtani busy for now, but he thinks that by early next year he will be able to start thinking about GFG Alliance’s wider portfolio, starting with continental Europe.

If Awtani continues to make swift progress, it won’t be long before JAHAMA becomes a household name.