The company voluntary arrangement (CVA) has been the bane of many a retail landlord over the past couple of years.

It was introduced to help companies teetering on the brink of collapse. But recently, many in the industry have grown wary – and weary – of what they view as an easy route for retailers to cut rents and close underperforming stores, even though their company is not actually in serious financial trouble. And they are increasingly prepared to take a stand. 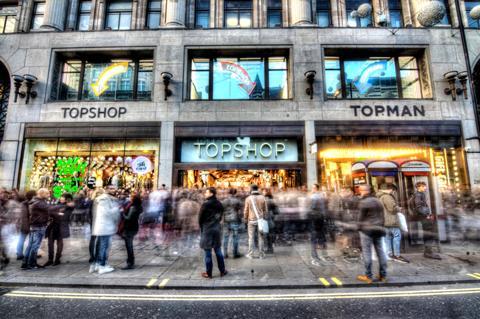 Last week, landlords tried a similar tactic with Monsoon Accessorize. They demanded a 30% stake in the company to vote in favour of its proposed rent reductions. However, Monsoon owner Peter Simon countered with a profit-sharing scheme, which will see landlords receive up to £10m if the company trades profitably in the future, and the deal was approved.

But is it sensible for landlords to become equity stakeholders in their retail tenants or enter into profit-sharing arrangements with them? And how widespread are such arrangements likely to become?

Creditors accepting a share of future profits as a quid pro quo for signing off on a CVA is not a new trend, according to Roger Elford, property and insolvency partner at law firm Charles Russell Speechlys.

“But it is becoming more prevalent, particularly where the CVA is being used as a precursor to a fresh injection of capital,” says Elford. “The rise in the use of private equity as a source of owning and financing retailers has accelerated the changing nature of CVAs.”

“The rise in the use of private equity as a source of owning and financing retailers has accelerated the changing nature of CVAs.”

However, taking an equity stake is not an option available to everyone. Tony Brown, head of M&G Real Estate, says he does not see how it would work for his business.

“Our prospectuses for our different products would probably limit us from doing that because we’re not an equity investor; we’re a real estate investor,” says Brown. “If we went away from that, we’d be going outside the rules in which we operate.”

A deal could potentially be structured “in such a way that a CVA reduced rent by a certain amount for a certain period and then if the retailer hit certain profit targets, then rent would go back up”, he adds.

“In some ways that’s like taking a stake, but it’s really a restructuring of the lease. We haven’t done that but it’s something we could do.”

While Brown has his reservations about taking this approach, Rob Asbury, a partner at Montagu Evans, believes the move is a sensible long-term play by landlords.

“Many landlords are now thinking more long term, using ownership stakes or shares to increase their influence and benefit from any future increase in share price or stock sales if the retailer survives, to potentially offset having to accept a lower rent on their property,” says Asbury.

Jonathan De Mello, director, retail consultancy, at Harper Dennis Hobbs, disagrees. “My view is that overall, landlords taking a stake in a retailer is not a good thing, as retailing is not their area of expertise and retailers offering this are typically doing so unwillingly or under duress, given landlords have only started asking for this since Philip Green offered a stake in Arcadia in return for rental concessions under the Arcadia CVA,” says De Mello.

“Given that it is mostly failing retailers offering this, a stake or share in profits that might never actually be realised does not seem like a great return. It is, however, something – compared with purely being forced to reduce rents with no real say in the matter – and additionally enables landlords to gain insight into the performance of that retailer and important metrics such as operating cost ratios.”

If the trend of landlords taking equity stakes in retailers continues, some property experts fear propcos could end up morphing into retailers. Mark Ingram, an associate in the restructuring solutions team at Avison Young, says this eventuality is still some way off.

“There has been a fundamental change in retailing in recent years with the rise of the internet and changes in UK shopping habits. These changes have been very swift and far-reaching while, by comparison, the UK leasing structure has been slower to change.”

“However, it may happen inadvertently given the likely structure and offering of future CVAs presenting a share of the business to landlords with a view to obtaining support,” he says.

“There has been a fundamental change in retailing in recent years with the rise of the internet and changes in UK shopping habits. These changes have been very swift and far-reaching while, by comparison, the UK leasing structure has been slower to change.”

He argues that in the longer term, market forces are likely to dictate that rents are more affordable to retailers. Rents will inevitably “become more and more turnover-driven and some secondary retail areas will need to be repurposed where they will no longer support viable rents”, he says.

“Ultimately, landlords are property investors, not retailers, but they need to have regard to their customers, as would any service provider.” 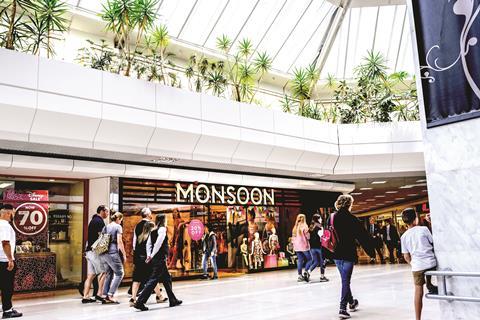 Whatever route landlords take, they need to come to terms with the issue sooner rather than later, according to Vernon Dennis, a partner at law firm Howard Kennedy.

“It is interesting that the high tide of property-focused CVAs went out some five to six years ago, but in the past 18 months a tsunami has washed back in,” says Dennis. “The reasons for this are economic and caused by the structural shift in retail spending. When a retailer threatens that it’s a CVA or bust, a landlord is likely to treat this seriously.

“The fall in enterprise value is such that we have seen a raft of stakeholders – institutional investors, entrepreneurs, private equity and banks – refuse to put more money into failing retailers and simply be prepared to walk away. There is more pain for landlords that have traditional model bricks-and-mortar retailers in their portfolio.”

This pain could be caused by retailers that would not in the past have been considered appropriate candidates for CVAs.

Take the example of Arcadia. The day after Green’s narrow victory, he said the company had never been in danger of going bust – something many assumed was a prerequisite for a CVA.

“CVAs were used historically as a measure of last resort, but more recently have been used by struggling retailers as a relatively simple and cheap mechanism to ease the burden of a large store portfolio,” says Asbury. “With each new CVA, boundaries are being pushed further, arguably making them more onerous for landlords.”

“CVAs were used historically as a measure of last resort, but more recently have been used by struggling retailers as a relatively simple and cheap mechanism to ease the burden of a large store portfolio”

Elford agrees. “As insolvency practitioners and restructuring lawyers have sought to test the boundaries of the legislation, CVA proposals have become increasingly sophisticated,” he says. “The courts are being called upon to shape the limits as to when a CVA proposal will be deemed unfairly prejudicial.”

But as the nature of CVAs has changed, so too has the response from landlords. Recent CVAs have shown landlords are much more willing to exert their power.

Landlords are likely to use their power to an even greater extent in the future, believe experts, especially in CVAs where they account for more of a business’s costs than the retailer’s suppliers.

“More landlords will test turnaround plans and are more willing to question whether a formal insolvency would generate a poorer outcome for them in the longer run,” says Ingram. “Similarly, landlords are requesting more flexibility on being able to break leases on compromised stores and share in the upside of turnarounds.”

Daniel Swimer, a property litigation partner at Joelson Law, concurs with Ingram’s assessment. “The percentage vote required to pass a CVA proposal has not changed,” he says. “Instead, landlords have started to fight back against the use of CVAs. Landlords are unwilling to simply accept the form of the proposals being offered. They are negotiating with the retailer directly or otherwise challenging the proposals on the basis of unfair prejudice where the terms seek to squeeze them too much.”

Unless the government revamps insolvency legislation, it is likely we will see more confrontations between landlords and retailers, argues Asbury.

“Alternative options within our current legislation are extremely limited. There is not much landlords can do to stem the tide without the intervention of the government in insolvency legislation, which is unlikely and won’t happen quickly enough, meaning landlords will continue to challenge CVAs on a case-by-case basis,” he explains.

“More enlightened landlords are already acting on this trend, working more closely with retailers on the transition from sales per square foot, to stores becoming a marketing and branding tool for consumers who will continue to make the bulk of their purchases online.”

According to Howard Kennedy’s Dennis, there are more equitable ways forward that would be acceptable to retailers and a little more palatable to the landlords.

“A revised scheme of arrangement process – which will allow a voting procedure for differing classes of creditors, for example secured lenders, suppliers, employees and landlords – is overdue,” he says.

“This instinctively feels fairer than the distortion of our existing CVA process to fulfil a single purpose. This reform is EU-inspired and, while raised by the UK government as a possible reform to our insolvency legislation, has perhaps unsurprisingly been lost in the Brexit fog.”

“A revised scheme of arrangement process – which will allow a voting procedure for differing classes of creditors, for example secured lenders, suppliers, employees and landlords – is overdue”

Swimer, however, has a slightly different view. “When a company enters administration, but continues to trade from premises during that period, the landlord of the premises in question is entitled to be paid the rent as an expense of the administration. This places landlords in a far better position than if rents were cut as part of a CVA,” he says.

“However, the requirement to pay the full rent on an ongoing basis can prevent the survival of a company, thereby creating a barrier to a successful administration. No insolvency process is by any means perfect and while CVAs may disadvantage landlords, it could still be argued that they end up spreading the effects of a business running into difficulties more evenly among its unsecured creditors.”

With no alternative to CVAs on the horizon, it seems retail landlords are going to be stuck with them for some time to come. The only way they will be able to swallow them in the future will be to work with retailers, sharing in any potential recovery by taking a slice of the business or sharing in profit. Maybe becoming retailer-landlord hybrids is not such a bad thing after all.