Levelling Up will be watered down without meanwhile housing

Urban housing needs in the UK are changing rapidly. Nearly 85% of England’s population live in cities, yet proportionally, the stock of affordable housing in cities and towns has decreased dramatically. 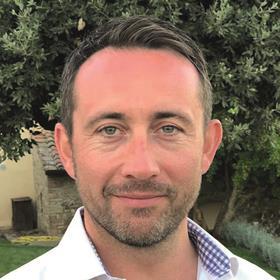 Many working people now risk being trapped in a widening ‘affordability gap’, which includes key workers and people with professions that provide a wide range of services that the economy and life of our cities rely upon. Falling outside the qualifying criteria for government support, many are still unsustainably spending more than a third or even more than half of their income on rising private market accommodation.

The traditional answer to this question may once have been social housing, but this is a sector already grappling with acute demand. A National Housing Federation report suggests that England’s true social housing need is around 3.8 million people, with 95,000 households in ‘emergency’ accommodation at an estimated annual cost of £850m to local authorities. The UK would need to build 150,000 new social homes annually just to meet current demand. Nor was this, or should this be, the ‘silver bullet’ to escalating housing multipliers when a large proportion of traditional renters do not meet qualifying criteria to access social housing. The answer to this pressing issue clearly isn’t going to come from social housing, but from socially responsible housing delivered at scale.

Against this backdrop, long-term changes in land value and the changing nature of the British urban streetscape through the pandemic and changing consumer habits have created a paradoxical situation where large sites in our cities are sitting vacant or underused, waiting for permanent redevelopment. This is a vital resource in the context of systemic urban affordability, and one that lends itself to a ‘meanwhile’ solution.

Scaling up meanwhile housing addresses the acute lack of quality accommodation for our society. High-quality, modular, factory-built solutions, along with expert place and community building, can make this a rapidly deployable solution at scale to this acute need. 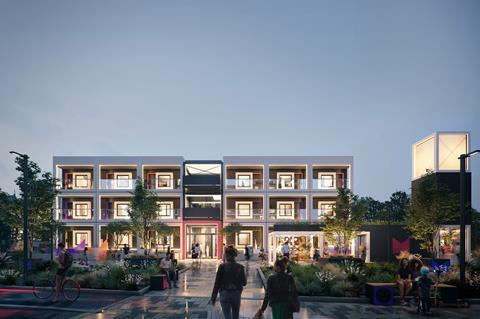 The government is looking at how brownfield land can be used to deliver affordable housing in cities constrained by the green belt, committing a further £11m to the Brownfield Land Release Fund in November 2021. Yet so far, the conversation has not outlined how these commitments can offer credible solutions for those in greatest need.

Meanwhile housing provides for a great flexible use for this brownfield land. By using ultra-sustainable, modular buildings that are relocatable, meanwhile housing can make best use of vacant and underused land, bringing new life to existing communities.

London has a vacancy problem: the capital has 20,000 unoccupied commercial units alone, 50% of which have been empty for more than two years, in addition to 36,000 brownfield sites, many of which are crying out for interim use. This demonstrates the scale of the opportunity for modular meanwhile housing – both easing the supply crisis and alleviating acute pressures on residential rents in key areas.

Modular construction for one- to two-bed units such as that planned by meanwhile housing provider Modomo, or trialled in the YMCA development in Romford, uses inefficient land in the urban built environment to help people who are unable to find suitable, affordable housing. This has already been successfully trialled in the Netherlands, with ‘flexwonen’ flexible housing developments creating a mature and functioning market for meanwhile use.

Importantly, this provides a credible interim solution to enable councils to meet the ambitious housing targets set out in the London Plan. Modomo provided advice on Policy H3, advocating for boroughs to be encouraged to use brownfield sites for temporary residential use. Despite this potential, London local authorities have yet to embrace meanwhile housing. Presently, just 63% of authorities mention meanwhile uses in their local plans.

The reuse of underutilised urban space, including space awaiting planned regeneration – which can take decades – can also help address the issue of urban decline and the negative economic and social spillover caused by derelict land. Meanwhile use can revitalise a space and create activation and footfall on sites that are destined for later permanent development, priming a site for success in the future.

The challenge for any temporary urban scheme will be adapting itself to a planning system based solely on the idea of permanence. We need new ideas to tackle the housing crisis, and as a credible interim solution to a systemic problem, meanwhile housing has the potential to ‘level up’ our streets and cities, catalysing social and economic development in places the current system has left behind.

John Baker is co-founder and chief development officer of Modomo