Covid-19 has turned the world upside down. 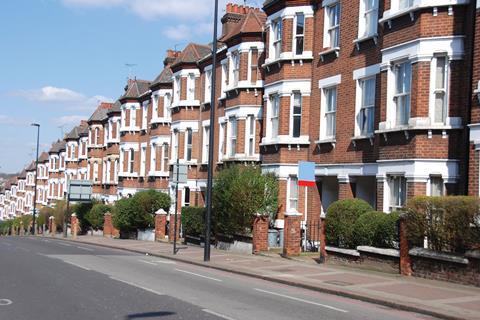 Record fiscal stimulus packages from governments across the globe have been launched to try to stabilise economies ravaged by mass lockdowns.

The UK has been far from immune and many sectors of the economy are in distress, with retail being the hardest-hit in real estate’s universe.

The housing market has not escaped unscathed and despite some promising signs immediately following the easing of lockdown, residential still has some significant challenges to overcome.

It might seem a lifetime ago, but it was only a few months back that the UK’s housing market was effectively frozen by the lockdown. At the time, many housing analysts were predicting that house prices would collapse – at least in the short term.

If anything, the opposite occurred. The last Nationwide house price survey found that average house prices reached an all-time high of £224,123, up from £220,935 in July.

Robert Gardner, chief economist at Nationwide, remarked at the time: “House prices have now reversed the losses recorded in May and June and are at a new all-time high. This rebound reflects a number of factors. Pent-up demand is coming through, with decisions to move taken before lockdown progressing.

“Behavioural shifts may also be boosting activity, as people reassess their housing needs and preferences as a result of life in lockdown.”

However, much of this boom is being supported by ultra-low interest rates. The Bank of England cut rates to historic lows of 0.1% during the early days of the crisis and is reportedly even considering a move to negative rates to try to prop up consumer spending – of which the housing market is a crucial component.

Much of the pick-up in the housing market is now reckoned to have been driven by buyers coming back to the market faster than expected after the easing of lockdown, with the chancellor’s stamp-duty holiday helping spur demand.

However, the stamp-duty tax break is only scheduled to last until March. And while it may have helped boost demand in the short term, the last time such a measure ended, in 2008, the boom it caused was soon supplanted by a fall in deals.

Put simply, the recent boom may lead to a bust – the question is how severe that bust may be. The Centre for Economics and Business Research predicts a 14% fall in average house prices next year. Other estimates are more conservative.

Another impact of Covid-19 may be the eradication of first-time buyers. The number of first-time buyers is expected to nosedive for the first time in five years, thanks in part to high-street lenders pulling their low-deposit mortgages, according to predictions by property portal Zoopla.

A forecast from Zoopla shows that first-time buyers will only account for around 34% of home purchases in 2020, compared to a 10-year high of nearly 35% in 2019.

With mass redundancies expected to follow the government’s ending of the furlough scheme at the end of October, is it reasonable to ask who will be earning enough to save up for the higher-deposit mortgages that are on the market now?

One factor to keep an eye on is what this might mean for the government’s Help to Buy scheme. From March next year, the scheme will only be available to first-time buyers and prices will be regionally capped.

Prime property is also being affected, though perhaps not as expected. According to Savills’ head of residential research Lucian Cook, while prices have stood up better than initially expected, the market has remained relatively price-sensitive.

“In the second quarter of the year, prime property prices in London fell 1.1%, while across the country, on average, they stood still. In the month to the end of July, the average agreed sale price remained at 97% of the asking price on average across our own agency business.

“As we look forward, given the uncertain nature of the outlook for the economy and the possibility that this particular black swan may hang around for a while yet, we expect the price-sensitive nature of the prime market to continue for the remainder of the year,” says Cook.

Indeed, his advice to buyers and sellers to be pragmatic is probably applicable across the residential sector right now.

Swings and roundabouts should be expected in the housing market for the foreseeable future. The impact of Covid-19 on the market is far from clear, but what is certain is that its impact will be felt for a long time.

If you want to benefit from more residential property business insights, join us for the RESI Convention.

Find out more about how you can attend online or in person on the new dates of 10-11 November 2020: