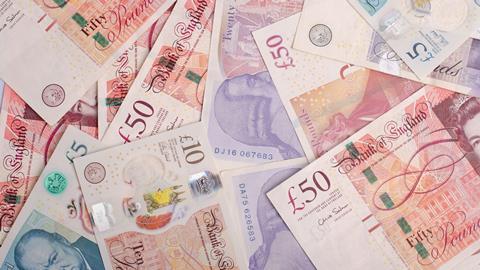 On the face of it, you would expect property professionals to feel pretty gloomy at the moment.

Real estate investment volumes fell significantly in the first few months of the year, the retail sector continues to struggle, the residential market is stagnating and there are fears that the industrial market is overheating. Factor in Brexit, global trade wars and economic slowdown in some of the world’s biggest economies and you would assume salaries have taken a big hit. But far from it.

According to the 20th RICS and Macdonald & Company Rewards & Attitudes Survey – the most comprehensive survey of the built environment, construction and property sectors – there are reasons to be cheerful.

Scroll through the full data below: 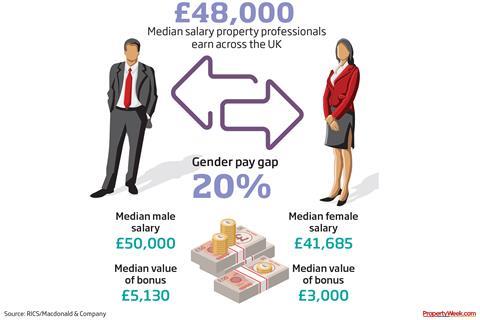 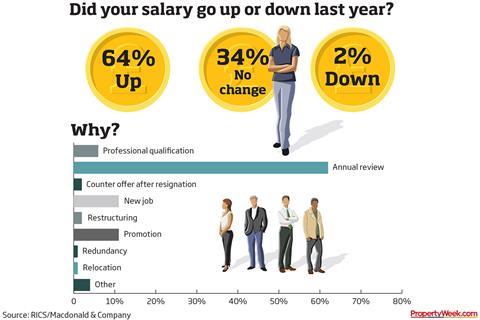 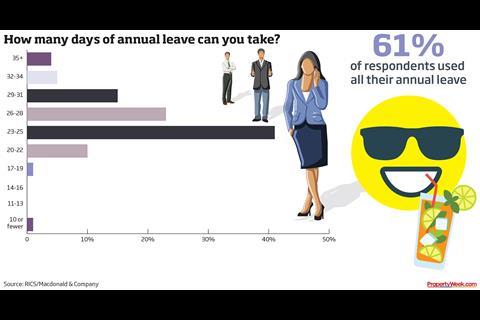 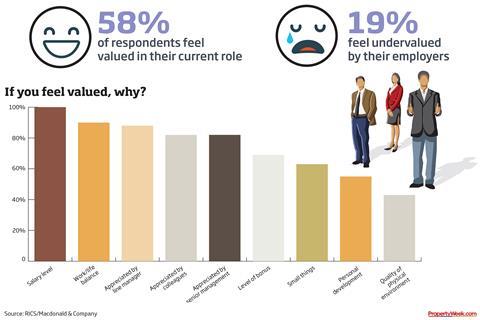 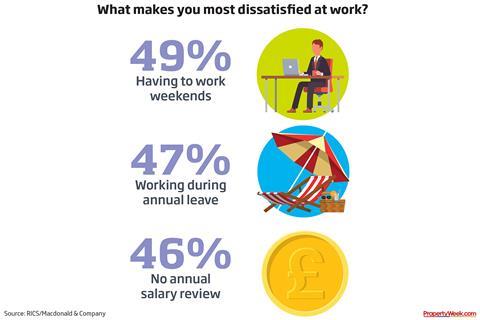 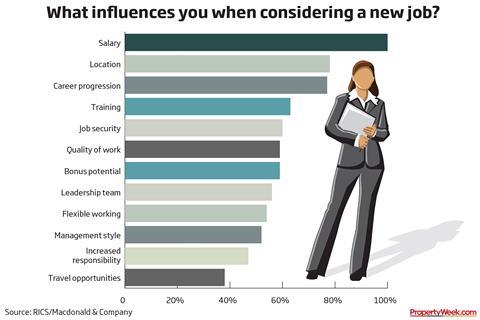 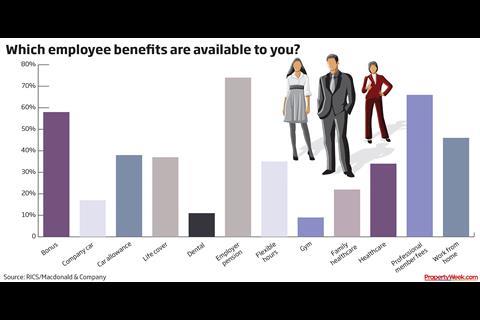 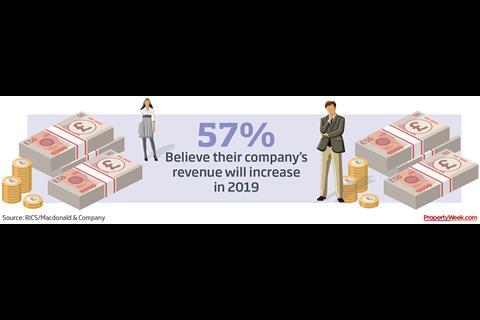 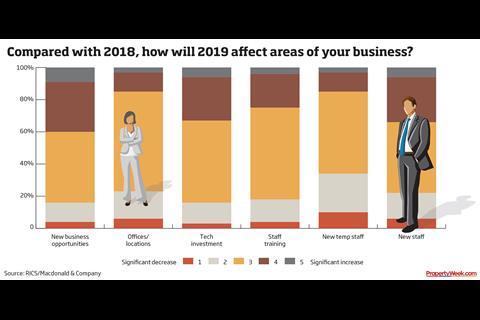 Salary increases last year were only marginally down on the previous 12-month period, with 64% of those surveyed reporting a rise versus 65% in 2018. Brexit or no Brexit, survey respondents are feeling pretty bullish about the future it seems.

Heads in the sand?

Some will argue the industry has its head in the sand. However, Peter Moore, group chief executive at Macdonald & Company, says attitudes towards Brexit and the ongoing uncertainty are more nuanced than that. He points out that 39% of respondents feel that Brexit will have a negative impact on their employer. But, he adds, given the lack of clarity on the terms of our exit, that is only to be expected.

“On the whole, it appears that those on the frontline are confident of the future, even though Brexit may produce a couple of twists and turns that will need to be navigated with care”

“It is an emotive subject and the uncertainty caused by the whole process is unsettling all sectors of the industry,” says Moore.

“However, when asked to concentrate their minds, professionals in the real estate and built environment are more considered. There is huge investment in infrastructure across the UK – with projects such as HS2 and Heathrow boosting business – and the underlying demand for new homes is proving difficult to satisfy.

“On the whole, it appears that those on the frontline are confident of the future, even though Brexit may produce a couple of twists and turns that will need to be navigated with care.”

Despite the disparity, Moore says analysis of the numbers suggests efforts to address the gender pay gap are yielding results, although he acknowledges that more needs to be done.

“As more women are encouraged into the real estate and built environment realm, I expect the pay gap to close further”

“Closing the gender pay gap is not an issue that can be solved overnight,” says Moore. “However, headway is being made across most sectors of our industry. As more women are encouraged into the real estate and built environment realm, I expect the pay gap to close further.”

It is a view shared by RICS chief executive Sean Tompkins. “Some sectors have made great progress in reducing the historical pay gaps between male and female colleagues this year, and we’re increasingly seeing something closer to parity for those starting out in their careers,” he says. “However, we still have a long way to go. This year, 25% of all newly RICS-qualified professionals and almost a third of new enrolments are women, and while this is positive, we can all do more.”

On the whole, built environment employees feel pretty content. Some 58% of respondents say they feel valued or very valued in their role – only 19% feel poorly valued by their employers and just 14% are very likely to move jobs in the next 12 months.

“Looking at the areas cited in the survey as increasing work satisfaction for employees across the board, these also are the key areas that promote a diverse workforce – for example flexible working and positive work/life balance,” says Tompkins. “Employers would benefit greatly by focusing on these, as with Brexit likely to impact the talent pool, opening up our industry to all is imperative.”

Moore concurs. He says that there are some things that employers can put in place to improve morale among employees. “Those companies that build a culture in which employees are recognised for the work they do – especially by their line manager – and are paid a competitive salary are more likely to retain their best employees,” he explains.

Although remuneration remains important, Moore adds that it is not the only weapon available to improve productivity and morale. “An organisational culture in which people are recognised for effort and achievement is considered by many as a motivating factor,” he says. “Reconditioning managers and leaders to say ‘thank you’ more often is rapidly becoming one of the most cost-effective motivational strategies used by companies today.”

It is sage advice that costs nothing and could help companies improve productivity and retain talent – which in a tight labour market and given the challenges ahead could prove the difference between thriving and merely surviving.