The debate around demolition

The challenge for humanity is to urgently and dramatically reduce global carbon emissions. 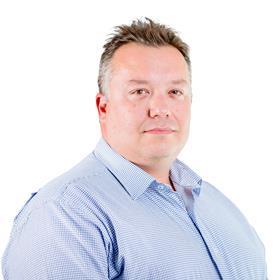 Responsibility for a large proportion of that challenge sits squarely on the shoulders of those who develop, design, construct and operate the built environment, which is estimated to make up 40% of global carbon dioxide emissions.

There is a heated debate within the built environment sector at the moment as to whether demolition of existing buildings should now be considered a crime against the planet.

What would this sustainability business case consider? In the negative corner would be the significant emissions generated by the demolition and reconstruction process. However, many existing buildings generate excessive carbon with inefficient heating and cooling systems, plus outdated, inefficient facades and insulation systems.

In the positive corner, the demolition process offers the opportunity to recycle and reuse building materials, lowering carbon emissions as the demand for new materials is much reduced. In addition, a new building designed sustainably with low-carbon or carbon-sequestering materials could offer far lower carbon emissions over the life of the building, compared with continued operation of the existing building stock.

There is another less obvious but significant metric: the positive impact that redevelopment can have by reducing the need to create more and more urban infrastructure. Building taller in our cities reduces our need to build more roads, rail systems and power and water distribution networks.

Only when all of these key metrics are considered will we be able to understand whether sustainable redevelopment actually favours retention and/or retrofit of an existing building, or demolition and reconstruction of a new building.

A recent and excellent example of achieving sustainability through consideration of the metrics is the Greenland Centre Sydney project in Australia. This pioneering project took an existing, empty, 31-storey office building – built in the 1960s – and converted it into a high-quality 67-level residential tower.

The design retained as much of the original structure as possible. Materials recovered from the partial demolition were recycled for reuse wherever possible. The construction methodology was developed to minimise the extent of temporary works, again reducing the amount of carbon emitted.

The outstanding achievements of this project were made possible by many, but critically by the client Greenland Group, which supported the vision of structural engineer Arup, construction engineer Robert Bird Group and architects Crone, BVN and Woods Bagot.

Keeping the original structural frame stable and safe during the complex partial demolition and rebuild process was a critical key that unlocked the feasibility and delivery of the entire project. As a result, it received a Council for Tall Buildings & Urban Habitat Award of Excellence.

Structural engineers have a critical role to play in the determination of sustainability business cases for any urban redevelopment project, as no two structures are typically alike in condition and capacity.