When Jeremy Rainbird and Piers Read started telling people around five years ago they were on a “crusade” to professionalise and modernise the UK film production industry, the response was not exactly what they were hoping for. 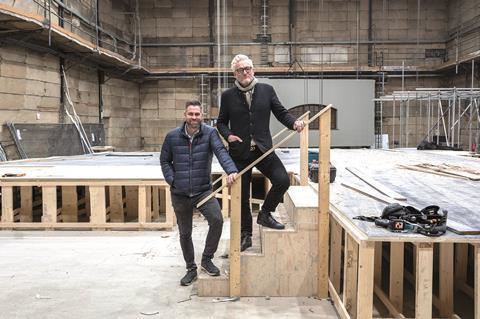 “People told us we were mad,” says Rainbird, recalling the reaction to their audacious plans to build a network of studios fitted with state-of-the-art technology.

“They said it’s not a proven asset class; it’s high risk. And now look at it. Now it’s the golden child, the chosen one, the cherry on the cake of property and suddenly it’s cool.”

Leading the charge in this crusade is the pair’s three-year-old business, The Creative District Improvement Company (TCDI Co). Last month, it submitted plans for the £15m redevelopment of the iconic Twickenham Studios, where scenes for Blade Runner, The Italian Job and Zulu were shot, and it is currently working up plans to deliver new studio facilities at heritage sites in Ashford and Liverpool.

Property Week caught up with the duo over a video call to find out more.

Rainbird and Read are very much film rather than property people. Both started their careers as runners and went on to run their own film production companies.

They were introduced to one another a few years ago by Read’s sister at an independent studio he ran in Wimbledon, and as soon as the pair met they recognised kindred spirits.

“What struck me when I met Jez was he was a visionary,” says Read. “We had a kind of like-minded approach to how this industry could work and how there are other verticals you can wrap around it, which ultimately are placemaking – genuine placemaking.

“It’s a word that gets bandied around very loosely, but what we want to do is create beautiful campuses where people can enjoy an experience and a level of service that is unlike probably anything else in the market.”

We’ve grown up with this industry. We know it; it’s in our veins

He says that for years production companies using UK production facilities had been shortchanged in terms of the level of service they receive from studio owners and operators.

“It’s almost like a rite of passage that the shitter the facility, the more valued and real you are,” says Rainbird, who still runs his own production company.

“But if you look at production and go right back to who the end users are, it’s about supply and demand. It’s about what people want. If you go to America, the facilities are phenomenal right down to a thing they have called ‘craft services’, which is basically a five-star snack bar on the set where any crew could just walk in and have the most amazing food, because they’re there for 12 to 14 hours a day and bloody deserve it. In England, it’s a trestle table with a kettle and packet of rich tea biscuits.”

What Rainbird and Read aim to do through their studio development arm TCDI Co and their studio operating company TIME+SPACE Studios is elevate the experience and essentially offer studio users a concierge service.

“The product we’re developing on all our sites is a modernisation and professionalisation of the user experience,” says Read.

He adds that by building the facilities that modern film and TV production companies want and need and offering them the level of service they expect and demand – informed by their experiences of working in the industry – they can offer users a compelling package.

The duo have a strong track record of advising developers like Allied London on how to create studio space and of operating it through sister company TIME+SPACE Studios. Twickenham is the first large scale project that sees them act as developer/operator and Rainbird describes it as a dream opportunity.

“We’ve grown up with this industry,” he says. “We know it; it’s in our veins. So, the fact we’re now able to own and operate the oldest purpose-built studio facility in the UK, if not the world, is for us like the ultimate train set.

“It’s the ultimate honour to be able to take it through its next 100 years by making it relevant again and drawing on all the experiences we’ve had over the last nearly 30 years of working in this industry.” 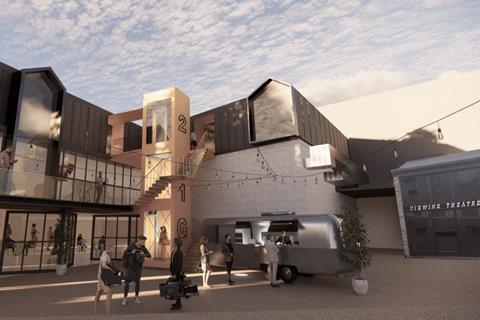 At Twickenham, TCDI Co plans to build a new TV studio, cutting-edge sound production studios, flexible workspace and a boutique cinema, plus a new café and rooftop bar. The application has been submitted to the local council and they hope to start on site later this year with completion by October 2022. Rainbird says the studio already has world-class facilities, but they particularly want to improve its special and visual effects capabilities.

The Twickenham Studios site is owned by Jacob Loftus’ General Projects in partnership with British Airways Pension Fund. TCDI Co is development manager of the project and also operator of the studio space under the TIME+SPACE Studios umbrella.

“In essence, we’re one half specialist operator and one half developer/development manager,” says Rainbird. “The benefit of having the two separate is that it means TIME+SPACE Studios can go and work with other developers, and does so.”

To this end, TCDI Co is also development manager and lead anchor at Littlewoods Film Studios in Liverpool, where Capital & Centric is investing £30m in regenerating the Littlewoods Building into a world-class film and television complex.

In Ashford, Kent, TCDI Co is working with Mark Quinn’s Quinn Estates to deliver the 200,000 sq ft Ashford International Studios complex on a former railway works as part of a wider redevelopment of the 12.6-acre site.

In April last year, Ashford Borough Council resolved to grant consent for the plans, which will include a higher-education facility to train local people for careers in the TV and film production industry. A similar partnership has also already been struck at the studio site in Liverpool with John Moores University.

Ultimately, we want to create places that are special

Covid has inevitably put their plans on hold for a few months, but they are bullish about the sector’s prospects, with demand for modern studio space soaring thanks to streaming service providers such as Amazon, Netflix and Apple TV.

Separate reports produced by Lambert Smith Hampton and CBRE looking at the lack of suitable studio space in the UK estimate there is a shortage of circa 2m sq ft and, even when the three major projects TCDI Co is currently working on are delivered, there will still be a significant shortfall of supply.

“We’re nowhere near saturation point and we won’t be for years,” says Rainbird. “That’s partly because they [studios] are hard to fund because people don’t understand them, and partly because the government hasn’t really done enough to get behind the creative industry. I think it’s been very, very slow to realise how important the creative sector is to the GVA of the country.”

Read says a number of private-equity firms have also identified this supply-demand imbalance and are trying to “pile into the market” at the moment, but he believes TCDI Co’s offer is very different.

“Ultimately, we want to create places that are special, that have longevity and that actually leave a little bit of a legacy behind,” explains Read.

“We want to make money and we’re ambitious and commercial, but we also want to do something that benefits the local community and helps upskill people and delivers a range of social and economic benefits into an area like Ashford, for example.”

He adds that although the company has plenty on its plate, they are always on the lookout for new studio sites and will invest strategically as and when the right opportunities come along.

“We are not going to join in the space race where people are going into a territory that is probably not suitable or does not fit with our own investment criteria,” says Read. “We have a very clear idea about where we should invest our money to grow the network.

As things stand, TCDI Co is already on course to deliver 1m sq ft of new production space by 2024, which will create around 5,000 jobs and represent a significant financial investment. It is little wonder that investors are finally starting to take notice of the sector.

“A storage and logistics warehouse is not cool, but the yield you can get from what we do is close to, if not greater than, that,” says Rainbird.

“So, from an investment point of view, it ticks all the boxes, but it’s actually cool and there is a chance that you could have Tom Cruise within your four walls, you can have an education facility, you’re not spitting out a load of pollution and dirt, so people are really happy and want to live next door to it.

“We say that we’re the future of employment in this country. It’s a bit grandiose, but honestly I stand by that.”