The super-prime resi agents who are primetime viewing

Go on, admit it. You are one of the millions who tuned into Netflix’s Selling Sunset series during lockdown. The reality TV show featuring twin brothers Jason and Brett Oppenheim, who sell luxury properties in Los Angeles, became a guilty pleasure for many in the property industry this year, and what’s not to like? 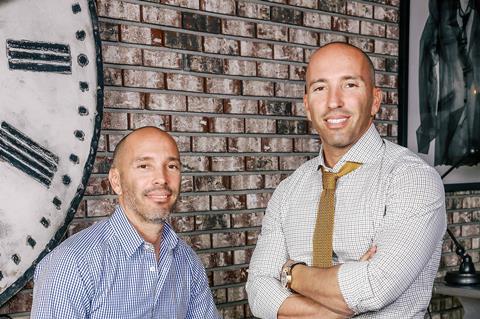 Property Week caught up with the brothers at the firm’s Sunset Strip offices, over Zoom (sadly), to find out more about their business, how the show came about and what their thoughts are on the UK property market.

As with most seemingly overnight successes, the Oppenheim Group’s rise to fame was years in the making.

Jason was a lawyer before launching his own real estate brokerage in 2013. It was a natural move, as five generations of his family have worked in real estate. His great-great-grandfather Jacob Stern was an LA real estate entrepreneur and in 1925, the family built the Hollywood Plaza Hotel – now a California historic landmark.

“Real estate is in our blood because everyone in our family is somehow involved or connected with the business,” says Jason. “Our dad, mum, uncles, cousins, grandfather and so on.”

He is interrupted by barking in the background from his two dogs Zelda and Nico, who also star in the show. Jason shares the dogs with one of the firm’s agents – his ex-girlfriend Mary Fitzgerald. One of the most dramatic moments in the series saw Mary being given more work than the other agents. The situation got fiery – these are not your typical property agents.

In Selling Sunset, a lot of airtime is given to the in-fighting and catty remarks of the female agents, who want to be given the mandate to sell the most expensive properties and secure the best commission.

It is not hard to see why when they work for mega-rich clients and sell more than $250m of property a year, meaning they can command six- to seven-figure commissions.

Jason admits that managing the relationship between friends, colleagues and his ex-girlfriend is challenging. “When I was a lawyer, there were no blurred lines between people’s professional and social lives,” he says. “But in this brokerage, we all are best friends, advisers and confidantes, so managing the brokerage requires a more holistic approach.”

The twins were initially approached by agents and producers with the idea of doing a property reality show a couple of years ago.

“We were very hesitant to move forward, largely because we agreed that the risks outweighed the rewards,” says Brett. “But we were eventually convinced and after that it was full steam ahead. We began to get more and more excited about the idea every day.”

The show first aired on Netflix in March 2018 and during lockdown two further series were shown.

For the uninitiated, episode titles such as ‘If looks could sell’ and ‘Real estate hunger games’ offer a feel for the content.

While the high-octane glamour and infighting between brokers is entertaining, the houses of the rich and famous are the real stars of the show.

Jason says his most memorable sale to date is that of a $40m (£32m) mega-mansion that was still under construction. He adds that finding a buyer for a house when a client really needs to sell at a great price is probably “one of the most rewarding things” about the job.

Like all real estate businesses, the Oppenheim Group has had to grapple with the impact of Covid-19, but after hitting a “hard pause” in April and May, Jason says there has been a resurgence in sales thanks to pent-up demand and low interest rates.

“Despite the pandemic, 2020 is likely to be a very good year for real estate both in terms of transactions and prices,” he says.

The firm is currently looking to expand its operations into other major US cities. However, Jason has no desire to work on this side of the pond. He describes the UK market as “backwards” and says there would need to be an “overhaul of the entire system” for the group to do deals here.

“The difference is that if you look at real estate [in the US], you work exclusively with one agent that can show you all the properties available in any location, and that agent works on commission,” he says.

“In the UK, as I understand it, agents are in salaried positions and not well-paid. If you want to buy a property, you have to go to a broker at a particular brokerage and look at only their listings, and deal with only that broker in a particular geographic region.

“If you want to look at a property a few blocks away that is maybe with another brokerage, you have to go to that broker to deal with another listing agent. It could not be more structurally inefficient and backwards.”

Fortunately for their rather more strait-laced UK counterparts, the Oppenheims and their glamorous team of brokers have plenty of business Stateside to keep them busy.