Time to get creative with finance

The FT recently reported that the UK economy was experiencing “the worst combination of surging prices and zero growth” since the 1970s, with inflation reaching a 40-year high at 9.1%. 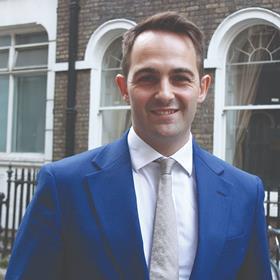 For developers, the picture is starker. Material shortages have driven costs to rise, with BEIS data suggesting a 25% rise year on year to April 2022, compounded by supply chain issues, the war in Ukraine and Chinese lockdowns. Exacerbating matters, rising interest rates are further adding to development costs and will lead to a reduced appetite from end users.

We expect more developers will face cost overruns with ongoing projects. The main issue is likely to be that contingency funds are no longer sufficient to cover costs, including labour.

Main contractors that have taken on sites against a fixed-price contract are finding the cost of materials has risen against initial quotes. Not all can be renegotiated and so some contractors could renege on contracts midway through rather than swallow a loss. For the developer, this means delays finding a new contractor and reaching a new agreement at a higher price, affecting profits.

Existing financing may also pose issues. Senior lenders generally do not fund cost overruns, beyond the usual contingencies allocated at the start of a facility. Most developers operate in a highly capital-efficient manner and may not have the cash to fill gaps, meaning finance restructuring may be necessary. At Avamore, we pioneered part-complete development financing, so finance can be restructured midway through most projects.

For fresh developments, rising costs mean schemes are now more expensive to undertake; accordingly, we are seeing higher build costs in monitoring surveyors’ reports on which funders base their lending. Consequently, forecast profits are reduced, loan covenants are being breached and are resulting in clients funding projects with more of their own cash from day one.

This combination of factors may mean developments are no longer viable unless land prices can be renegotiated. Given the lack of sites with planning and that most vendors are not under pressure to sell, developers find themselves between the veritable ‘rock and hard place’, although the more creative housebuilders may look to form joint ventures with landowners to make deals work.

The impact of higher interest rates in development appraisals, although unwelcome, is far less material than the impact of build costs on margins. The priority for most SME developers is to ensure they have the maximum available finance at the most competitive price. However, pressure is building on lenders to cut loan-to-cost and loan-to-value levels, to provide headroom against both cost inflation and softer house prices, under the cloud of rising rates.

On the bright side, house price crashes need both high rates and high unemployment to materialise, neither of which seem imminent. Nevertheless, a recessionary environment will stall growth in prices. If sales become slow, buy-to-let refinancings may be more challenging due to higher rates, although certain sectors like build to rent and single-family rental are awash with cash and may present alternatives to private sale.

These are tough times for housebuilders, who themselves cannot just stop building. They’ll need to adapt and become creative. Those of us who fund and support them need to do the same.

Michael Dean is director and co-founder of Avamore Capital