What can be done to save the high street?

Heading into 2020, British high streets were already struggling. Then the Covid-19 pandemic struck, accelerating the rise of online retail. While high street shops, bars and restaurants, among others, were forced to shutter their premises, business was booming within the steel and concrete cathedrals occupied by the main online retailers. 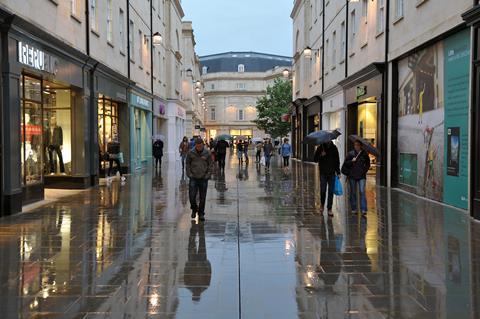 The question is: what can be done to fix the situation? Below, a panel of experts give their views on how we arrived at this unhappy place – and how we can get out of it.

As has been evident for some time, one of the biggest causes of the decline of high streets in the UK has been the rise of online shopping. Quite simply, the costs that online retailers have to bear are incomparably lower than those facing traditional high street businesses.

However, the government can help traditional retailers – and other staples of the high street – without sacrificing its free market instincts by adjusting business taxes to suit the changing economic reality delivered by ecommerce.

Business rates in particular are inherently tied to property values, meaning that high street businesses are dealt a double whammy – first by rents and then by business rates.

It is for this reason that many in the retail and property industries – among others – have been lobbying for some time for fundamental reform of the business rates system, as well as the introduction of an online sales tax. The recent comprehensive spending review and budget statement were opportunities to deliver such changes, but the government failed to deliver.

That is not to say that chancellor Rishi Sunak did not offer some welcome changes. The wholesale reform of business rates may have been put on ice until a thorough review has been completed this autumn, but the chancellor did hold out an olive branch by making a few tweaks to the outdated system.

For instance, Sunak’s announcement that he has cancelled next year’s planned 3% increase in the rates multiplier will be welcomed by all. The chancellor also said that he wants to make the business rates system “simpler and timelier with more frequent revaluations every three years”, starting from 2023, and that he will introduce a new business rates improvement relief.

The latter means that from 2023, property improvements will attract no increase in business rates for 12 months. A new investment relief to encourage investment in greener technologies, meanwhile, was also announced and is due to last until 2035.

Finally, businesses in the retail, hospitality and leisure industries will benefit from an additional year of relief: they will be able to claim a 50% discount on their business rates, up to £110,000 for one year.

While welcome, however, the measures outlined in the budget statement are selective and fall a long way short of comprehensive change. Such reform was promised in the Conservative’s 2019 election manifesto. One can only hope that the government intends to fulfil that pledge – and within the current parliament.

There can be no doubt that the rise of online shopping is the single greatest challenge facing our high streets. However, it also has to be said that the problems started even before Amazon was a mere bookseller. After all, out-of-town retail, with all its free and ample parking, is hardly a phenomenon of the last couple of decades.

Out-of-town offices are also a major issue. If you drive to an office park in the morning, you are unlikely to leave it until the end of the day, especially so if – as is more often than not the case these days – amenities such as cafés and gyms are provided on site. The availability of click & collect points on office campus provides yet another reason not to leave.

What is common to both the out-of-town retail and office examples is that they suck people – and, crucially, their money – away from high streets. For centuries, town centres have been both community and commercial hubs. Online retail and out-of-town development dismantle that – which should be of concern to businesses and citizens alike.

The solution, of course, is people. Both local and national policy levers need to be pulled in order to repopulate town centres, something that can be done in a myriad of ways.

First, far more could be done to make it easier to convert commercial buildings to residential use. Policies could also be tweaked to promote town centre working.

Improvements to the public realm should also be prioritised. So too should the adequate provision of facilities such as gyms, crèches and places to eat and drink.

Clearly, high-quality green spaces, including playgrounds and other opportunities for physical activity, are also crucial. The point is that if there is sufficient reason for people to spend time in town centres, spending money in local businesses will follow.

This is, of course, easier said than done given the fragmented nature of ownership in most places. It is difficult territory, but an enlightened local authority should be able to corral disparate local landlords around a plan to revitalise a town centre. At the end of the day, after all, it is in everyone’s interests – both commercially and as citizens.

First up, it has to be acknowledged that most high streets and town centres are in a bad place right now. Pre-existing mega-trends have been accelerated by the Covid-19 pandemic and current vacancy rates are a source of concern. Previously robust business models lie in tatters – what, after all, is Amazon if not a department store, only with far lower overheads?

However, we should not give into the temptation to side with the gloomsters and the doomsters, as the prime minister would put it. Yes, the situation is serious, but it also provides an opportunity to rethink what our town centres are for and how they can thrive once again. And the truth is that smart people are already engaging with the problem and coming up with innovative solutions.

While a lot of former Debenhams and House of Fraser stores still lie empty, some are already being put back into active use. Ground-floor uses include indoor markets, while upper floors are being used for everything from last-mile logistics – a clear growth market – to residential, which has the potential to help alleviate the UK’s well-reported housing crisis.

However, what is clear is that the revitalisation of our town centres is not going to be led by international or national chains.

Rather, it is going to be done by local entrepreneurs who know the local area and therefore know what goods and services are in most demand. And of course, that will vary from city to city and from town to town.

Here, government has a clear role to play, alongside private landlords. On the public sector side, it should be far easier and cheaper to change the use of a building.

And when it comes to landlords, be they public or private, people need to sign up to the idea that it is better to have a start-up occupy space on a low rent than see no income at all.

Ultimately, the point is that the old ways of doing things are no longer fit for purpose. The entrepreneurial spirit is alive and well in the UK. All the establishment has to do is to get out of the way and impose as few impediments as possible.

Mark Webb is head of regional tax at Smith & Williamson and Alex Schlagman is co-founder of SaveTheHighStreet.org

Find out more about Smith & Williamson