What’s to come for property this year?

For the third year in a row, Property Week swapped Cannes for Soho and hosted a dinner at The Ivy alongside sponsors James Andrew International and the New West End Company to debate hot topics in the sector including levelling up, Michael Gove and the post-Covid return to the office. 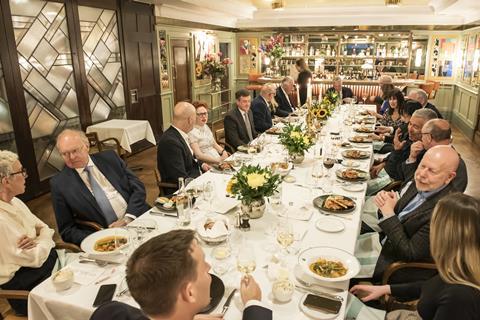 The lively discussion kicked off with one of the most debated topics in the sector at the moment: is housing secretary Michael Gove good or bad for property? Former transport minister and London mayoral candidate Steven Norris said he was “very happy” Gove was in office. However, he expressed concern regarding the continuous change of property leaders in UK parliament.

“Since 2010, when the Tories took office, there have been 12 ministers responsible for property. Only two of them lasted two years – most of them lasted less than a year,” he said.

Roger Wade, founder of Boxpark, added to the debate, sharing his thoughts on Gove’s recent vacant shops plan, which will force landlords to let retail premises that have been empty for longer than six months.

“The idea sounds fantastic, but what we need is a long-term view,” said Wade. “The high street is a delicate ecosystem and we need great retail in order to encourage offices to be beside that retail; and if you have office workers, you have residential.”

He added: “Gove just throws this out because he knows it will appeal to everyone, but what we need is a considered opinion. And that’s what I’m concerned about with Gove – he seems willing to not make the populist vote and do the right thing.”

Levelling up: will it work?

The conversation then turned to the government’s levelling-up agenda, with guests debating its effectiveness, how it will work in practice and whether it ultimately means a levelling down for London.

“There is a willingness in the private sector to invest alongside the government, but there needs to be a reason for that investment,” said Susan Freeman, partner at Mishcon de Reya. “So there need to be long-term incentives, which by and large come down to what makes a place investable over the long term. What we are experiencing in the UK is that places have not been able to create economic activities themselves.”

Continuing on the discussion, Norris said that the country was “geographically divided”, noting that it was “pretty much London then the rest”.

He added: “If you go to France or Germany, you will see four or five major regional cities that have above national average GDP. 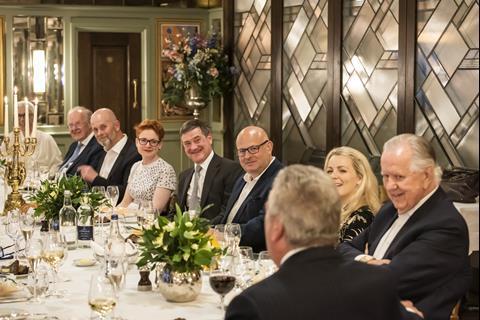 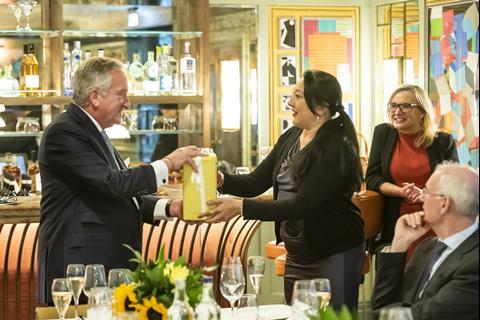 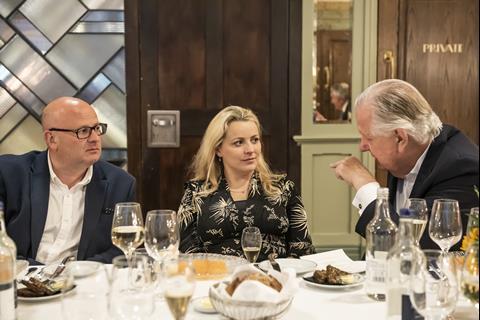 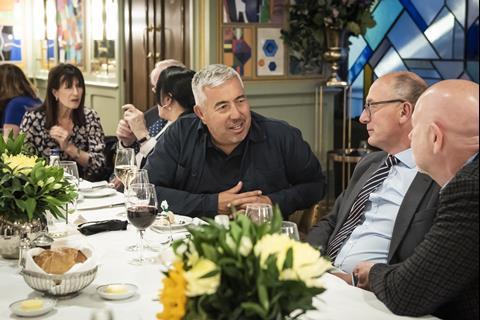 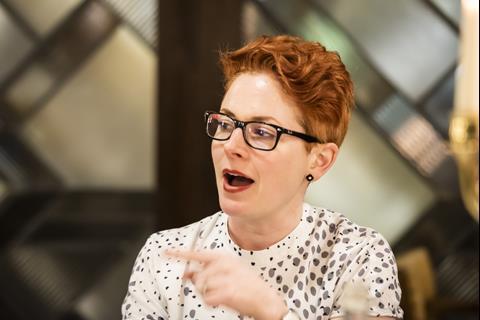 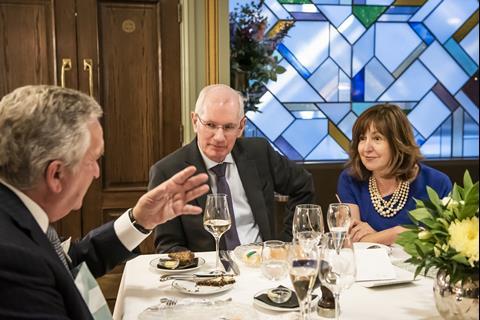 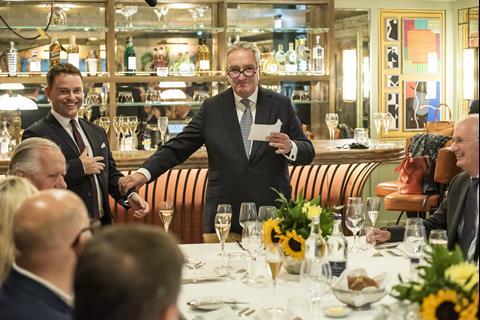 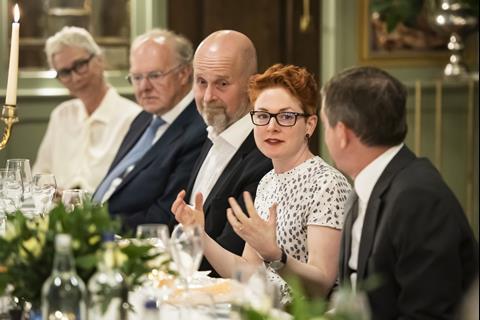 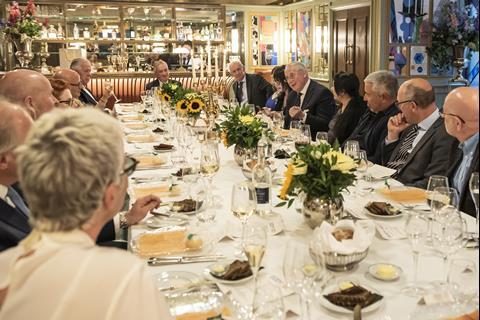 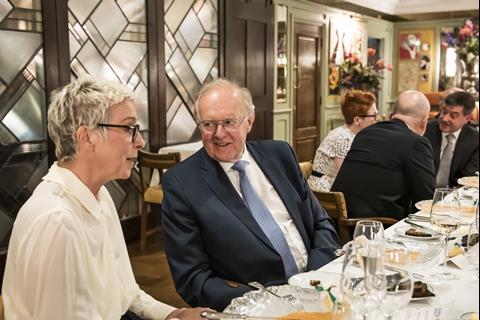 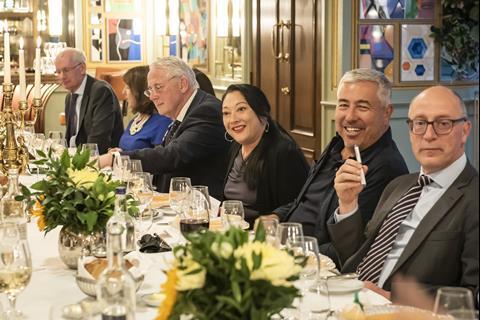 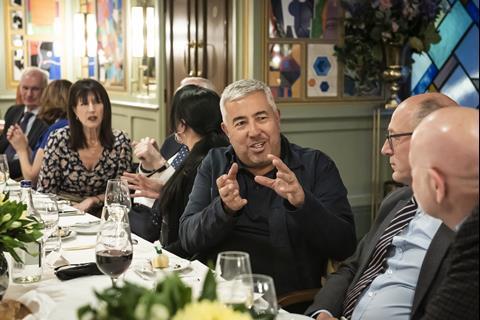 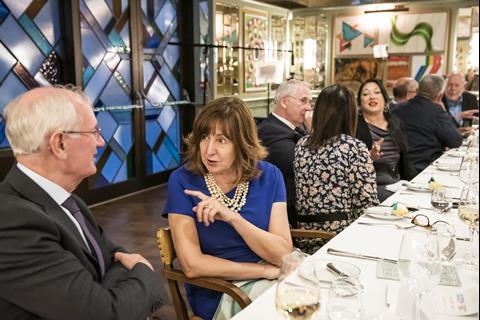 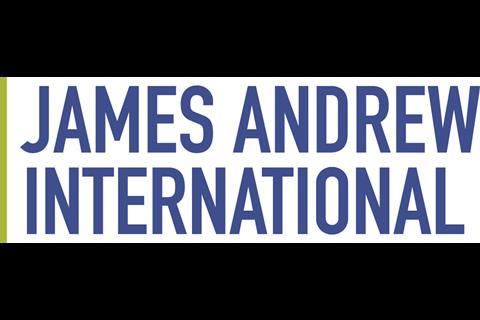 Adding to the debate, Harvey Soning, chairman and chief executive of James Andrew International, said the real levelling up should be centred on improving education in schools. “When Tony Blair came to power, he used three very important words: education, education, education. Unfortunately, that never happened. Unless we get our education right and teach our students how to read and write, we are doomed I’m afraid.”

The return to the office

With work life having changed drastically during the Covid pandemic, guests were given the opportunity to discuss the future of the office. Wade said society would be a better place with the office. However, he shared his difficulty in trying to attract younger millennial staff back into the physical workplace. “I’ve been recently trying to employ a digital marketing manager, and all of them are insisting that they work from home,” he said.

Laura Citron, chief executive at London & Partners, added: “I sat with the CEOs of some of the fastest-growing scale-ups in London. Many of them are fully virtual businesses, and those that are not offer full flexibility, but then they bring their people together in different ways.

“But it is certainly not an office footprint of the five-days-a-week variety, not least because in the long term they cannot justify it environmentally. You cannot run a five-days-a-week office that only has people in it two and a half days a week.”

Adding to the conversation, Shaftesbury chief executive Brian Bickell said: “People want good experiences and a lot of people have come back to offices now in the West End because beyond the office there are a whole vast number of things you can do.

“The socialising outside the office is bringing people back to the workplace in the West End. When I go to the City there is absolutely no socialisation, but the West End is the place you want to be and meet your friends and do something outside work.”

The high street and mixed-use

The conversation then turned to the changing face of the UK high street and how it will evolve in a post-Covid landscape.

With mixed-use schemes slowly growing in popularity on the high street, Jace Tyrrell, chief executive of the New West End Company, asked guests how value could be created throughout the whole building, after he suggested there would be fewer physical retailers over the coming decades.

Speaking at her final Editor’s Dinner, former PropertyWeek editor Liz Hamson predicted that community uses such as bars and restaurants could help lure people back to the high street. “Look at the US. You go into a lot of bars and restaurants, and you not only buy food and drinks but products as well,” she said.

Andrew Turton, director of asset management at Marks & Spencer, reiterated the fact that retailers are still keen to grow right kind of modern format physical space. “We are promoting the fact that we want to open 150 new, mainly food stores over the next three years – that is 50 stores a year.”

Peter Jelkeby, chief executive for UK and Ireland at the IKEA Group, said bricks-and-mortar retail should be a “physical experience”. Jelkeby, who will be helping bring IKEA to London’s Oxford Street, said the high street must be viewed in “a holistic way”, saying: “It comes down to interaction; it comes down to touch and feel.”

He added: “The case for us is about asking what environment we are in. Are we complementing something else? So it is a total approach. A lot of the retail discussion is about online. It is good but it is not the only way. And I think the retail industry needs to look to move this conversation and promote physical space.”

Adding to the conversation, Citron said: “I have been out talking to a lot of direct-to-consumer (DTC) brands about why they would take physical retail; and what fascinates me is that if you start a brand online, you can grow quite quickly and organically to a certain scale.

“After that, what happens is that the cost of acquisition online has massively inflated in the last two years. So if you want to get beyond that scale, and become a serious global player as a brand, it is incredibly expensive to do that online.

While the UK real estate industry may have a new set of challenges to navigate this year, it seems clear that it is ready for the opportunities 2022 may present.