Why high-density housing is key

Without immediate and significant reductions in carbon emissions, global warming will exceed 1.5°C, according to the UN. Two of the biggest contributors to UK emissions are travel and the heating of homes, which together account for 63% of the UK’s carbon output. 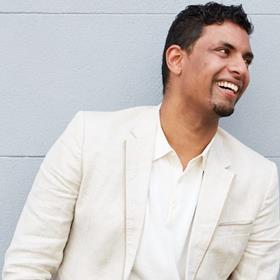 Encouraging more high-density urban housing is key to achieving net zero. While cities are often seen as more polluting places to live, the average UK city resident emits nearly half as much carbon in travel than people who live outside a city.

Journey times are shorter in cities, and this reduces car dependence. The Centre for Cities (CfC) found that three in four people living in the UK’s cities get by without owning a car at all – but this falls to around half of people in suburbs, and even less in rural areas. Given that cars account for 60% of all transport emissions, cutting car dependency is critical to reducing our collective carbon footprint.

The density of cities enables them to support better-quality public transport networks, too. CfC research found that even when two cities have the same average commute distance, emissions are lower for denser cities because the greater numbers fund better transport.

In London, Stoke and Slough, the average commute is about 12km – but transport emissions per head in London are 40% lower than in Stoke and 24% lower than in Slough. This can be partly explained by the fact that in places like Hackney, Tower Hamlets and Islington, there are fewer than 200 cars per 1,000 people.

The are other reasons to support more high-density housing. Apartment buildings, whether for sale or purpose built for rent, are typically more energy efficient. Heating the typical flat in an apartment block emits half as much carbon as heating a detached house – a difference of one tonne per year.

Why? Because apartments are more space efficient, have fewer external walls, share more heat with adjoining properties, benefit from new technology and lose less heat through the floor and ceilings.

Overall, people living in UK city centres produce a third less carbon compared with outer-city counterparts. But people will only live in city centres if they can find financially accessible and attractive accommodation. This is where co-living is important.

Co-living offers a higher-quality alternative to the traditional private rented sector. The more compact nature of co-living homes, allowing for greater on-site provision of amenities and other communal spaces, means co-living operators can also be more competitive on pricing than their build-to-rent (BTR) cousins.

If cities are to tackle their affordability issues, more housing of all types and tenures at a range of price points is needed. Lockdown restrictions have also left many feeling socially isolated, and laid bare the link between community, housing, mental and physical health and wellbeing.

Co-living’s focus on addressing that affordably makes it an attractive housing option, and even more so now in the post-pandemic landscape.