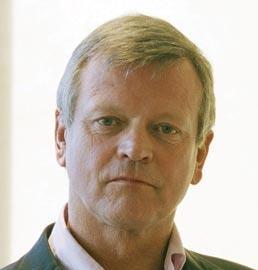 Property Week’s new management guru, M&A veteran Alan Froggatt, has useful advice for the tough times ahead. Lydia Stockdale reports and, explains how Donaldsons and DTZ have pulled together their retail teams.

Alan Froggatt knows that his first words as Property Week’s ‘management guru’ are not going to be easy for most readers to hear.

But he has been asked to introduce himself with the subject ‘budgeting for next year’, and cannot get around the harsh realities facing the property market at the moment.

‘The investment market has, shall we say, “frozen”, for the time being, and some of the main firms are going to have to make economies on their staff,’ he says apologetically. ‘It might be a savage issue, but it is an immediate one. Matching resources to realistic financial expectations just has to be achieved, and staff cuts are the only way to get there.’

Before starting his consultancy, Touchstone Advisers, which specialises in the mergers and acquisitions of property firms, Froggatt worked for CB Richard Ellis for 34 years, 10 of those as managing partner and chief executive. He has steered the business through troubled times and knows what he is talking about.

‘In both 1974 and 1991, a binge lasting several years shuddered to a halt with only weeks of warning,’ he reflects. ‘For many months no one knew where prices were and very little happened. In all likelihood, that’s where we are now.

‘Many of those managing firms today will have little experience of how fast things change when the crunch comes.’

Froggatt is not in the habit of making predictions. He does not presume to know how badly the property market is going to be hit, and believes managers should not be trying to second guess what will happen.

‘People will be saying: “Hold on. The occupier markets are still strong, retail sales are holding up, we haven’t had a burst of speculative building and, after price adjustment, the pressure of liquidity will bring back investment buyers.” Well, maybe. But making that assumption would be a huge gamble. My belief is that managers are businessmen, not gamblers, and it is their job to ensure that their organisation can cope with whatever scenario.’

Far from being a cruel-hearted big-wig with no regard for the individuals who make businesses run, Froggatt takes a people-led approach when advising Touchstone’s clients. During his last 10 years at CBRE, he incorporated hundreds of staff into his team, which expanded five-fold through mergers and acquisitions.

‘Throughout all of that, I developed a style of putting the people first and numbers second,’ he says. ‘If you put the people first, you seem to get the right numbers. Too many people doing a merger get hung up on the financial deal rather than making sure they can make the most of the people assets. They get drawn into all the legal meetings and everything else.

‘They forget the communications strategy of dealing with everyone, who are the vital parts of the process. Obviously the motivation of those people should be the primary concern.’

‘Staff motivation’ is going to be unfamiliar territory for many managers, who have often been happy for everyone just to go about their own business.

Matching resources to realistic financial expectations just has to be achieved, and staff cuts are the only way to get there

‘While people are successful and the numbers are good, you can get away with a relatively task-orientated form of leadership,’ says Froggatt. ‘We meet sometimes and cancel half the time because we are all too busy. We do our deals and everybody makes a bit of money, so we don’t have to worry about the soft stuff.

‘When it gets difficult, though, the ingredients of how a team works together, pooling information so that everybody knows more than any single person, suddenly becomes very important to winning the game.’

But ‘team work’ counts for little for those whose services are no longer required. Froggatt believes that right now, those in charge will be preparing for some tough choices.

‘Cuts will have to be made in hitherto strongly performing areas. If we look at their predicted income for next year, they’re going to have to make some economies. The first candidates for attention are the support areas which have become inflated and the service lines that are proving marginal: the little bit of fat that every organisation builds at boom time.

‘But my guess is that in those organisations with a significant investment business, these cuts won’t be enough to bring 2008 costs suitably below revenue expectations – and still leave margin for both error and to reward some exceptional performances.’

Managers now have the difficult task of deciding who else should go. Froggatt warns that, in troubled times, middle management is often inclined to ‘squeeze out’ the wrong people.

‘They often choose the pioneers, the people who are probably in the middle of a new initiative which hasn’t yet borne fruit. But these are exactly the people that you want when the going gets better. The ideal response is to bring these guys back into the fold of servicing key clients, and letting some of the weaker “followers” go.

‘The questions managers should ask are: How confident is [the individual]? Can they stretch their comfort zone? Can they adapt from one area to another?

‘People who can work out the fundamentals in unfamiliar situations are the ones who can make things work, along with those who are willing to devote themselves to managing the enterprise at large, rather than just their own business books.’

He has sympathy for those who have to take tough choices.

‘This is totally new stuff to most senior managers today. While it’s roughest for those affected, it’s not generally appreciated just how much of a shit you feel making them, especially when you are expansionist by nature.

‘However, experience shows that the competitive prize goes to those who handle the situation effectively and early, and you owe it to the good people in your organisation to look after their future in this way.’

Alan Froggatt’s quarterly management guru column starts on 28 March. You can email questions to him at managementguru@propertyweek.com