The only thing louder than the Travis Perkins construction site where George Osborne turned up a day after the Budget, was the frenzy over the chancellor’s launch of a “radical” revamp of business rates. 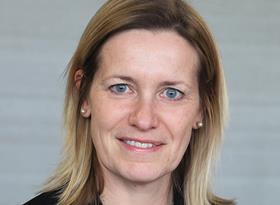 Alongside the announcement of the review was a clutch of measures extending the labyrinthine mesh of reliefs and transitional arrangements brought in after the coalition delayed the 2015 revaluation.

The RPI-linked cap of 2% for 2015/16, in a climate of record low inflation, sounds pretty churlish, and only applies to small businesses. The extended transitional arrangements are also only a sticking plaster over the delayed revaluation, which has kept the tax take at its current excessive level.

Yet, it is the insistence that fiscal neutrality will underpin the review itself that has raised so much ire across the business sphere. The government promised to bring the regime into the 21st century - but refuses to acknowledge the need to reform things. A radical reform should respect central principles of fairness and common sense: any tax should be a harvester of success, support investment and not impede growth.

Empty rates policy, criticised by both Tories and Lib Dems in opposition, has served no purpose other than to penalise those earning no income, and led to the demolition of sound buildings.

But what is more pertinent now is the supply crunch and development frustration not just in housing but in commercial space too. Developers looking to buy sites with vacant or half-empty space face a massive hit to their scheme’s viability.

If the review really does set out to level the playing field, the first port of call should be to restore regular revaluations. What’s more, exempting small businesses would reduce overall take by just 6%, but the Treasury has avoided all opportunities to do so.

Linking any annual increase to CPI instead of RPI would also ensure business rates respond to economic performance.

If the issues surrounding empty rate charge and up-to-date values can be addressed, much of the current discontent may be silenced. But the yield is still too high and compares unfavourably with Europe and the rest of the world, so consideration must be given to the promised reform.

Otherwise, a high rate of appeals should be expected to continue. Fiscally neutral reform of business rates alone is unlikely to radically alter the situation.

Debbie Warwick is a partner at Daniel Watney