Are fears of a post-30 June evictions rush misplaced?

In March 2020, the UK government announced a ban on evictions for commercial tenants who were unable to pay their rent. The moratorium was extended to 31 December, then extended further until 31 March and then again until 30 June 2021. 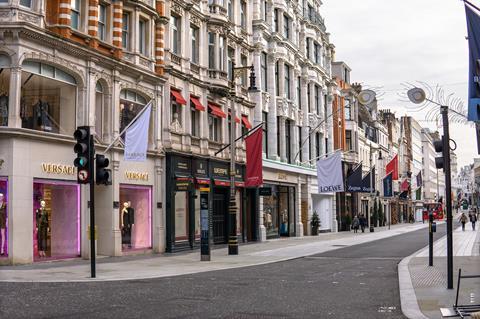 Closed shop: the ban on evictions for unpaid rent is due to end on 30 June 2021

With this new date looming large, many worry there will be a multitude of landlords rushing to commence forfeiture proceedings against tenants in serious arrears. However, experts say the events post 30 June may be a bit of a damp squib, as they believe more landlords will try to negotiate with their tenants.

Priya Sejpal, senior associate at BLM, agrees. “I don’t think people are just going to be swarming into the courts forfeiting, and there will be a mountain of possession claims. I think landlords are going to have to be renegotiating terms, revisiting the lease terms and trying to come up with some sort of plan with their tenant.”

Reyersbach adds that she believes going forward, most landlords will try to move to a partnership model where they work with their tenants.

Tim Rayner, real estate partner at Irwin Mitchell, supports this line of thought. “I think the big theme that will come out over the next few months is collaboration. There will be a more collaborative way of doing things,” he says.

Many predict a permanent change to leases and more restructures to turnover rents. “I think turnover rents are here to stay. Anybody who thinks we’re going to revert back to the 10-year lease of quarterly rents, upwards-only rent reviews is outdated,” believes Reyersbach.

Unavoidably, there will be landlords unwilling to take a collaborative approach and instead take the opportunity to use whatever means available to boot tenants out. For this reason, there have been discussions about whether the government should completely lift all restrictions on landlords or gradually phase the restrictions out.

There are six options being floated in the government’s discussions with various interest groups.

The first is to allow the measures to completely expire on 30 June.

The second is to allow the moratorium on commercial lease forfeiture to lapse on 30 June, but retain the other insolvency measures and the Commercial Rent Arrears Recovery restrictions for a longer period of time.

The third is to target the existing measures based on the impact of the Covid restrictions.

The fourth is to encourage increased formal mediation between landlords and tenants.

The Property Litigation Association (PLA) backs the suggestion put forth by Landsec, British Land and the British Property Federation that Covid arrears be ringfenced, distinguishing between rent arrears accrued during Covid trading restrictions and future rents, with normal remedies to apply for new rent after 30 June.

In relation to arrears, they propose existing protections be extended until December 2021, allowing property owners and tenants enough time to reach a deal. Payments could be deferred until after December if an agreement has been reached. Where a landlord and tenant are unable to reach a settlement, they would submit to binding arbitration. An enhanced code of practice would support all parties in reaching a fair outcome. 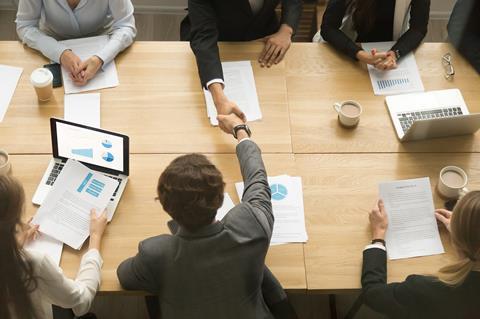 Shake on it: experts agree it is key that landlords engage in renegotiation discussions with tenants

Clive Chalkley, head of real estate litigation at Gowling WLG, is among those who back the solutions put forward by British Land and Landsec. “This seems the fairest way of dealing with it,” he says. “As a minimum, we should be reintroducing that tenants have got to pay their rent going forward with some recognition that we might need to do something about the arrears.”

A survey of PLA members saw a majority of lawyers for landlords supporting a phased withdrawal of restrictions, starting with the oldest arrears; ringfencing Covid period arrears; providing landlords with incentives to find compromises with tenants; toughening up the Code of Practice to incorporate cost sanctions; and offering more flexible terms for relief from forfeiture (not dissimilar to those used in mortgage possession claims).

Tenant lawyers suggested means-testing of tenants, including proceeds of online sales, and targeting the worst debtors, such as those with more than six months of debt, as they are unlikely to have long-term survival prospects.

What representatives from both sides agree on is that landlords have mostly borne the brunt of the impact of the pandemic and whatever solution the government settles on should try to address that imbalance while also helping tenants recover.

“There needs to be the right balance between renewing the income streams of landlords but not killing tenants,” says Chalkley.

But how the government implements any measures could potentially be problematic.

“If the government just introduces a blanket policy across the entire industry, you will inevitably get rogue landlords and tenants who will try to play the system,” warns Rayner. “The results of a blanket policy will certainly be very unfair to some.”

The key, it seems, is for landlords to be more willing to engage in renegotiation discussions, to be more realistic in their expectations and to be more involved in the business of their tenants.

“There’s a very strong incentive to be sensible in terms of negotiating with your tenant even though the tenant hasn’t been paying all of the rent,” says Patrick Plant, real estate partner at Linklaters.

However, he says tenants also have a big part to play. “If tenants want to remain in occupation, they should leave no stone unturned. They can put a credible business plan to the landlord, restart that dialogue, be sensible in negotiations and, most importantly, take legal advice on what sanctions might come their way.”

Although everyone stresses communication and sensible negotiation is the best way forward, Sejpal says the statistics show that the voluntary code introduced by the government might not be enough in getting landlords and tenants to engage and negotiate with each other.

Some 72% of people surveyed by the PLA said they believed the government’s code of practice was not effective and had no teeth.

“It begs the question as to whether a new system needs to be put in place that arbitrates disagreements between landlords and tenants, including a mandatory stage before more aggressive litigation is pursued,” says Sejpal. “This is something that the government will need to consider very carefully. Otherwise, we can expect a flood of insolvencies and forfeiture claims.”

June-end is fast approaching, and tenants and landlords wait with bated breath for the government to provide clarity about what the future holds. It’s an uncomfortable moment for all parties with a vested interest.

“The government needs to say something. Uncertainty isn’t good for business, whether you’re a landlord or a tenant. It would be nice if they say something soon,” says Reyersbach.

As Property Week went to press, the government announced that the ban on commercial evictions will be extended until 2022.