Can a well-written S106 agreement make a proposal more acceptable?

The government’s housing white paper is creating waves throughout the Home Counties, encouraging a stack of proposals for new settlements in the countryside. Many of these proposals will be bitterly fought, particularly by local residents and councillors. 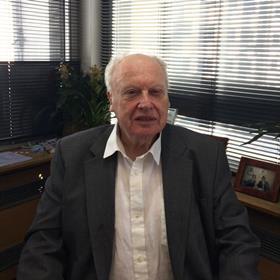 Can local authorities control these proposals by negotiating tough S106 agreements that hold developers to their claims to build mixed communities and affordable homes, supported by vital infrastructure?

Would a tightly-worded S106 agreement including some of the following requirements convince a local authority and local residents that a new settlement should be supported?

For example, the S106 could include a restriction that a proportion of the housing should only be sold to people already living locally or to their children. In addition, it could say that no one should be able to purchase a house that is not to be their prime residence. The S106 might also include a guarantee that the people on the lowest incomes can afford the new homes and that the affordable housing will be ‘pepper-potted’.

A strong S106 might include an explicit restriction ruling out selling or licensing the land to volume housebuilders or entering into a joint venture with them. It might also require an assurance that the shops will be run by independents, and not by multiples, and that all the shops will be within a 10-minute walk of where residents live. In terms of phasing, the S106 might require that shopping and other facilities be provided either first or simultaneously with the housing.

Also, the S106 could include a cap on the profit margin of the developer that cannot be exceeded unless all infrastructure costs have been paid by the developer. It might also require financial payments for the cost of offsite infrastructure, such as public transport, road improvements, hospitals and utilities that are not funded by the provider.

Would such requirements hold developers to their word, or would they walk away? Would local councils buckle under pressure to meet the government’s housing targets? In which case, can an unacceptable development ever be made acceptable?