Could Covid-19 lead to a high street property power shift?

Covid-19 has hit the retail industry hard. Research from Statista shows three quarters of retailers expect the pandemic to have a negative impact on their sales, and Brand Finance’s Global 500 2020 report found that fashion retailers alone could lose around £800bn as a result of Covid-19. 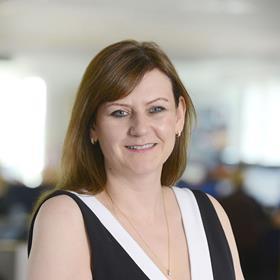 All of this, of course, comes at a time when many high street retailers were already struggling. In recent times, parking charges, online shopping trends and continued discussions over business rates have all contributed to an incredibly challenging climate for bricks-and-mortar retailers.

High-profile tenants including Debenhams and House of Fraser, for example, were left with a significant deficit between the rent they were paying and the true market rental value after years of upward-only rent reviews. In some cases, retailers were also tied into 25-year leases, which compounds this issue, and CVAs have repeatedly been used as a short-term fix. There is a feeling that Covid-19 could be the final straw.

The evolving trend from the 1980s has been away from the landlords holding the power in the landlord-tenant relationship. In the 1990s, legislation dealt with the long-awaited release from original tenant liability, which previously meant a tenant was liable for the whole term of a lease (which could be 25 years) even if they assigned it.

But national retailers do now have more bargaining strength, and leases are much more thoroughly negotiated. Comprehensive amends routinely agreed include service-charge caps and exclusions, caps on management charges, rent-review caps and other limits on the financial exposure of tenants.

Now, with fewer tenants looking to take space on the high street, those that remain willing to transact are arguably in an even stronger position than in recent years.

Upward-only rent reviews have been the norm for as long as anyone can remember, universally expected by landlords and accepted by tenants. If the power shifts further, could downward rent reviews, which have been nothing more than a pipedream for tenants for many years, now be on the table?

Joanne Fearnley is partner and commercial property expert at Gordons