Last month, the High Court released a judgment on the government’s planning changes for a claim heard in the middle of October. 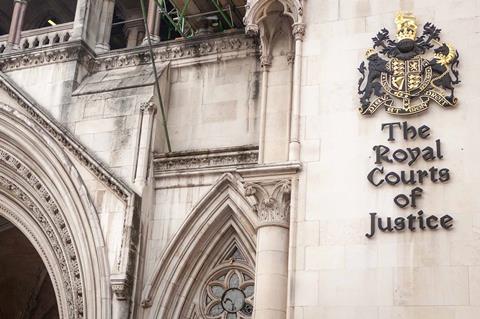 The claimant was a non-governmental campaign organisation called Rights: Community: Action (R:C:A), which describes itself as “united by a shared commitment to tackle the climate emergency”. The group is a coalition of campaigners, planners, lawyers and scientists, among others.

Once again at the centre of the debate was permitted development rights (PDR).

Changes to PDR regulations introduced earlier this year allowed for the construction of one or two storeys above certain existing buildings, and also allowed for “the demolition of a block of flats or certain commercial buildings and rebuilding for residential use,” says Stuart Tym, senior associate at Irwin Mitchell.

The changes also included the introduction of Use Class E, which allows for businesses to switch between office, retail and a few other uses without applying for planning permission.

The decision is welcome relief to businesses and developers

R:C:A launched its legal action with the belief that these new regulations were unlawful. “These new laws silence communities and produce slum housing,” it writes.

“That’s why we took the government to court.” It applied for a judicial review – a process that allows for government decisions to be judged.

So, since the end of August, when R:C:A issued an urgent application for judicial review, developers have been left wondering if any changes under the new Use Class Order or PDR would even be legal by the end of November.

This left stakeholders in a position of huge uncertainty – potentially over very concrete changes made to buildings.

“The court’s decision will come as welcome relief to businesses and property developers, particularly those who had already sought to take advantage of the regulations while the judicial-review claim was pending,” says Katie Kempthorne, senior associate at Clifford Chance.

The case is potentially legally significant. “The judgment highlights the fact that the courts will not offer [an] opinion on whether proposed legislation is economically, socially or politically right, proper, just or reasonable – only on whether the consultation and implementation procedures were followed and [the] government acted lawfully,” explains Kate Jardine, lawyer at Thomson Snell & Passmore.

Earlier this year, the government launched an independent review into the role of judicial review and Charlie Reid, a senior associate at Ashurst, suggests that this case could play a part in that review process. 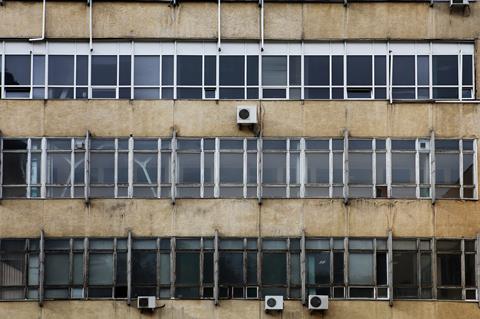 All change: Use Class E allows for businesses to switch between office, retail and other uses without applying for planning permission

“It will be interesting to see if the case itself evidences that, within a planning context, a good balance has been struck between citizens’ rights and effective governance,” he says.

David Wood, senior associate at Hogan Lovells, goes one step further. “Interestingly, the High Court emphasised at the outset of its judgment that its role in judicial review is only to resolve questions of law,” says Wood.

“This may have been a direct response to the government’s ongoing review about the role of judicial review – stressing that the courts know their place.”

The decision also gives insight into how new laws are made, particularly in the context of the pandemic.

R:C:A argued that the government did not consult properly on parts of its proposals, but the High Court’s decision implies that there is good enough “reason” – a term with legal bearing – to break this sort of promise.

“The government’s emergency intervention to kickstart regeneration in the Covid pandemic was a good reason to bring in a new law urgently rather than undertake further consultation,” says Claire Dutch, partner at Ashurst.

The High Court’s judgment cites a witness statement that “refers to the large-scale public-health emergency created by the coronavirus pandemic, which in turn generated an economic emergency and upheaval on a scale not previously known in peacetime”.

So, while the court acknowledges that the government did not carry out the promised consultation, it says the circumstances of Covid-19 justify this decision.

Crucially, though, Wood says, “notwithstanding that, the implications of the new rules could last far beyond the end of the pandemic”.

It is a view shared by Dutch, who says: “The new use classes have arrived, are currently being used and look like they are here to stay. The right to demolish commercial buildings and rebuild residential remains.”

Many legal and planning experts see the judgment as a positive move.

For instance, Alistair Watson, partner at Taylor Wessing, believes: “Class E and this judgment reflect the need for this important change to our planning system to help bring about social, economic and environmental benefits.”

However, after the High Court’s decision was announced, the R:C:A stated on its website that “using the pandemic crisis to push through a giveaway of public rights to private interests is not only outrageous of itself; it’s turning back time to the Victorian slums”.

The organisation argues that the decision is “on the wrong side of the public interest” and as a result, the R:C:A intends to appeal the decision. The news has not gone down well with the property industry.

“The spectre of an appeal – and the associated uncertainty – is something that the government, developers and planning authorities alike could do without,” says Wood. “This saga may not yet be over.”