The National Planning Policy Framework (NPPF) was only revised recently, but it has already attracted criticism for not doing enough to promote net zero carbon. 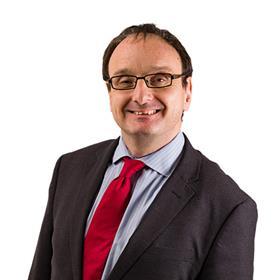 The cross-party levelling up, housing and communities select committee has published a report warning that the government will fail to hit its 2050 net zero target unless the NPPF goes further.

The committee wants local councils to be legally obliged to ensure their developments contribute towards net zero. Viability is already an issue for developers, so how can such a requirement be met given the need for more housing?

The changes that would be comparatively easy to make would be those that do not relate to building design. The committee wants new residential developments to be serviced by public transport and active travel networks and be within walking distance of local shops and amenities.

To an extent, this follows existing planning approaches, which often impose obligations restricting car ownership by mandating car clubs and prohibiting residents from applying for permits as well as requiring provision of new bus facilities, for example. In the future it is likely that the scope and cost of such requirements will grow.

Harder to manage would be actual design changes, such as a shift away from gas central heating to heat pumps and better insulation, which may in turn impact on saleable area and unit numbers.

Other forms of provision, including biomass and local heat networks linked to waste facilities could be promoted, especially where councils are a stakeholder. A reduction in the use of carbon-heavy concrete, even if not mandated, will make a development more attractive to councils pursuing net zero. This will impact the design considerations from day one, especially where tall buildings are being considered.

There may well be tax and other incentives for developers to reduce carbon in the pipeline, which would help to mitigate the additional costs of meeting net zero, but there are difficult decisions ahead for both government and developers.