Landlords and tenants urged to focus on transparent dialogue

Landlords were dealt another blow in May after the judgment handed down in the New Look CVA challenge and the ruling in the Virgin Active restructuring case found in favour of the tenants. 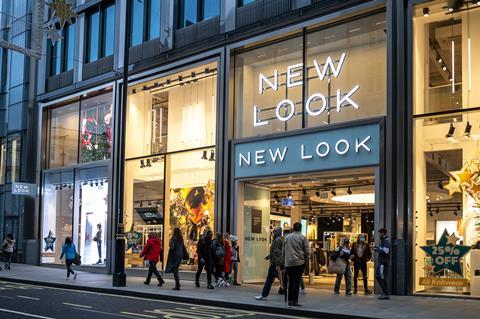 In store: the High Court rejected all grounds of the challenge to New Look’s CVA and ratified it as being lawful

These decisions further cement the view of landlords that the courts place greater priority on the continuance of struggling businesses over the viability of the landlords’ own.

In the New Look CVA challenge, the High Court rejected all grounds of the challenge and ratified the CVA as being lawful, forcing through a write-off of rent arrears and a change to turnover-only rents. Virgin Active’s restructuring plan was also sanctioned, with the gym chain using amendments to part 26 of the Companies Act to ‘cram down’ creditors.

“These two decisions will certainly ring alarm bells for landlords and the decision in the New Look challenge has been viewed with disappointment,” says Nitej Davda, partner in Cripps Pemberton Greenish’s real estate team. “The Virgin Active case highlights the obvious attraction of being able to cram down dissenting classes of creditor with a far smaller volume of support.”

Landlords are up in arms as they believe the decisions greatly infringe on their rights. “The difficulty for some landlords is that [the judgments] go against the grain of the principle that you can’t interfere with the rights set out in the lease except by consent between the two parties,” says Jamie Barton, real estate partner at Winckworth Sherwood. “A contract has been renegotiated without the full buy-in of one of those parties.”

I think these recent decisions are going to embolden tenants

Katherine Campbell, head of real estate disputes at Reed Smith, agrees. “In allowing Virgin Active to cram down landlord creditors to pass its contentious restructuring plan, the courts have just cut off landlords at the knees. Landlords across the country could now find themselves being forced to accept restructuring terms, even in the face of express opposition.”

However, as the end to government restrictions on landlords’ remedies for tenants failing to pay rent draws near, experts urge landlords to be more flexible in negotiations or risk more negative results, as the rulings have no doubt diminished the bargaining position of landlords.

“I think these recent decisions are going to embolden tenants and will strengthen their bargaining position when discussing that rent, because they will have the threat of a CVA that they can possibly impose on landlords,” says Barton.

Davda also notes that companies that end up finding themselves in serious financial difficulty will have more bargaining chips. “It seems inevitable we will see emboldened tenants looking to push the boundaries of CVAs and restructuring proposals and it is more likely landlords will be asked to bear the brunt.”

Some experts believe there needs to be a rebalance of power in landlords’ favour, with more weight given to their votes so that tenants will be forced to include landlords in the conversation alongside their banks and secured creditors.

“What landlords will probably want is legislative change to the way their debt is calculated because at the moment they’re finding themselves constantly being outvoted by secured creditors,” says Barton. “Perhaps they’ll be wanting some different weightings to future liability so they can have greater voting rights and greater influence.”

However, Blake Morgan partner Katie James disagrees with this approach. “The difficulty with that is if you put someone in for both the historic rent and all the future rent, they get an advantage. You will have other creditors who don’t have those future payments and the vote will be skewed.”

In the absence of a significant shift in the law, the best route forward for landlords at this point may be a change in the relationship between landlords and tenants. 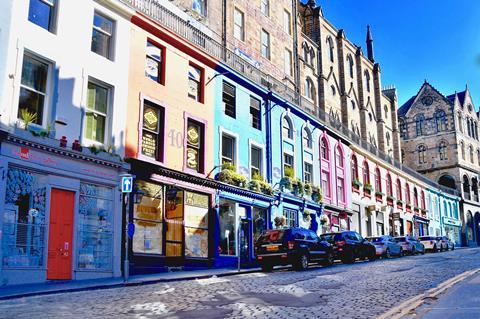 High and dry: some landlords fear they are left with no realistic options to challenge CVAs and restructuring plans

“There needs to be some sort of shift in the relationship between tenants and landlords,” argues Mandip Englund, restructuring and insolvency partner at Fried Frank. “Often, landlords have been seen as uncooperative by tenants and, therefore, rather than engaging with them early, companies are incentivised to come up with a plan and then impose that plan on landlords using the legal tools available.”

Ways for landlords to avoid this situation include allowing more flexibility in lease discussions and showing willingness to engage with tenants when they receive notice of a proposed CVA or restructuring plan.

“I have never seen a downward rent review in a lease,” says James. “That lack of flexibility in leases is a real problem. A lot of businesses feel that landlords are just not sharing the pain and expecting their full amount when, through no fault of their own, many of these businesses have been closed.”

However, Englund notes that tenants’ perception of landlords not wanting to share the pain can be unfair at times. “What the courts and the public sometimes forget is that these landlords represent pension funds and investors,” says Englund. “They have employees, creditors and other stakeholders such as their pension fund investors, which feeds into their concerns about the value they receive in any restructuring and the precedent that sets for other portfolios they may hold.”

Looking to the longer-term implications of the rulings, industry professionals foresee a future where many tenants attempt to wriggle out of obligations when it suits them, leading to an increase in the number of court challenges.

Businesses feel that landlords are just not sharing the pain

“Landlords will actively look to challenge proposals where there is a perception of unfairness. Not only will we see an increase in the use of CVAs and restructuring schemes, but also further court challenges,” says Davda.

While the recent rulings have dealt bitter blows to building owners, Englund sees a glimmer of hope for landlords that fear they are left with no realistic options to challenge CVAs and restructuring plans.

“The courts will not give carte blanche to companies to do whatever they like. There might be circumstances in which the landlord can credibly challenge what is being proposed by a company; the key is to take legal and financial advice at the right time to ensure you are well positioned in any negotiations or legal process,” she says.

However, Campbell is less optimistic, envisioning a future where the sector sees cross-class cram-downs treated as a default option whenever a restructuring plan hits choppy water.

“Now the precedent is set, it won’t be the larger landlords that feel the effect most, but the smaller pension fund and investment landlords,” says Campbell.

She fears that multi-million-pound companies would essentially be able to balance their books on the back of some of the smallest landlords. “Goliath would have been given licence to squash David.”

Looking forward, Barton urges a refresh of the legislation, which he believes has not kept up with the property and retail landscape. “There should be a complete government consultation on the best way forward. There has to be a solution to avoid companies having a sledgehammer to crack a nut or having to go straight through to administration.”

While property experts may have differing views on how to address this problem they all agree there is a greater need for more dialogue and transparency between landlords and tenants, whether they are trying to negotiate on the rent debt that has built up over the past year or trying to agree the rents going forward. That way, even if a tenant does go down the CVA or restructuring route, both parties go into discussions on better terms than they currently do.