After the Tulip was refused planning permission earlier this month, Property Week asked if the era of tall buildings in London was coming to an end. 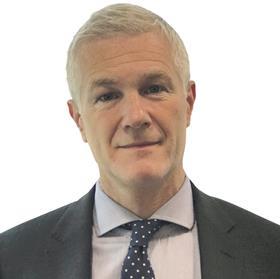 While design concerns were one of the reasons cited for its rejection, the Tulip’s “poor lifetime sustainability” – in particular the use of tall, reinforced concrete that “would result in a scheme with very high embodied energy and an unsustainable whole-life cycle” – was also a key factor.

Isn’t it time we looked more closely at the materials we use to build?

Steel and concrete have long been the default structural frame material, but these have a huge carbon footprint. Emissions from buildings hit their highest-ever level in 2019, while the International Energy Agency estimates that direct building CO2 emissions need to fall by 50% by 2030.

Timber structures could provide one solution. Building more ‘plyscrapers’ would have a significant impact on climate change targets.

There are a handful of examples of timber towers around the world. Melbourne has the 37m-high Forte apartment building, while the 85m Mjøstårnet building in Norway is currently the world’s tallest timber building. In Tokyo, the 70-storey, W350 tower will inherit the title at 350m when completed in 2041. 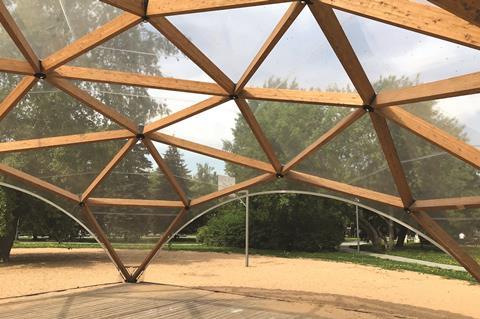 Some projects have been approved in the UK, such as The Dalston Works in London. It’s estimated the building has 50% less embodied carbon when compared to a traditional concrete frame. The timber acts as carbon storage, with more than 2,600 tonnes of CO2 trapped by the material – making the building carbon-negative for the first years of its usage.

Other governments have encouraged the construction of timber buildings: Japan’s government has a Promotion of Use of Wood in Public Buildings Act, while France decrees that half of all public buildings should be constructed with timber.

If we want to ‘build back better’ but also build back greener, we could up the pace on building timber structures.