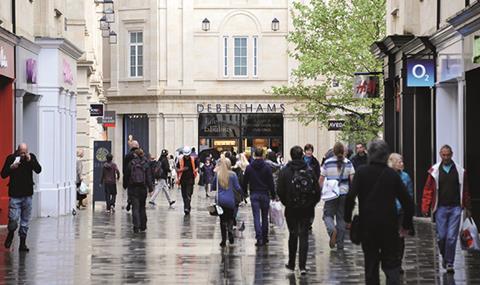 Reaction from industry has been generally positive. However, business owners have reason to question whether it will be that simple to implement, especially after the last business rate valuation ended up taking place two years later than planned.

Even if the government can achieve business rates valuations every three years, there is also the question of whether this will be enough in this rapidly changing business climate; Brexit and the continuing rise of online shopping may call for more drastic changes.

Jerry Schurder, head of business rates at Gerald Eve, says the new commitment to revaluations every three years, plus the fact that the next revaluation is being brought forward, should be welcomed.

“Businesses have long been lobbying for more frequent revaluations so that rates bills are more closely related to property values and trading conditions,” he says. However, he remains suspicious about the government’s reasoning.

“The likely true motive behind the changed timing of the next revaluation is to decouple the potentially damaging headlines about changes to business rates from the expected date of the next election,” he explains.

“This looks to be a similarly cynical act, albeit one that has some positive outcomes for business, for a change”

“In 2015, when the revaluation planned for that year was delayed, we saw how desperate the government was to ensure that these events didn’t coincide. This looks to be a similarly cynical act, albeit one that has some positive outcomes for business, for a change.”

Paul Easton, head of business rates at Lambert Smith Hampton, also believes the government’s intentions are somewhat dubious. “Of course 2022 is another general election year. Have they moved it again because of this?”

Whatever the government’s reasoning, Schurder stresses that the changes to valuations were needed.

“The recent collapse into administration of restaurants and retailers shows the huge pressures created by taxes that are based on historical data.”

Of course, it is not just business rates that are putting pressure on businesses. The fall in the pound following the Brexit vote has caused the price of imported goods to increase, and with wages growing at a much slower rate than inflation, the British consumer is left with less money to spend on the high street.

“Business rates are obviously not the only reason retailers, pubs and now casual dining restaurants are struggling,” says John Webber, head of business rates at Colliers International. “However, they are certainly a factor. Toys R Us was struggling with a rates bill of £22m a year and it finally went down because it could not pay a £15m VAT bill.”

The rise of online shopping has also hit high-street retailers hard and many commentators believe that business rates are partly to blame. 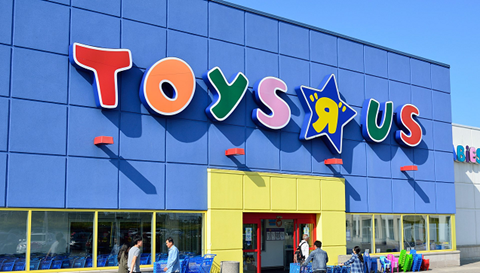 “The government needs to take another look at taxation for online retailers, many of which are effectively retailing from a warehouse and paying less in business rates than high-street retail rates,” says LSH’s Easton.

“Business rates are a property-based tax and unless online shopping is ‘singled out’, in some way, this is not going to change.”

After a seven-year wait, a promise of a business rates valuation every three years is a big change. Easton fears that the government may not actually be able to deliver on its commitment. “The concern is: can they deliver three-yearly revaluations?”

Others believe that the government’s reforms do not go far enough. Schurder and Webber both argue that a valuation every three years is not enough to keep up with the rise of online shopping and England should move to annual business rate valuations.

“There is no reason why the gap couldn’t be reduced to one year, which is what the Scottish government has decided to implement at the next revaluation north of the border,” says Schurder.

Schurder and Webber also express frustration at a new appeals system, with Schurder calling it “Byzantine” in its complexity. He argues that it “discourages appeals through red tape and penalties”.

He adds: “Challenges have fallen by 99%, as even those companies that are due bill reductions are deincentivised from proceeding. Without radical improvements, many businesses will not have achieved fair 2017 values by the time the 2021 revaluation arrives.” 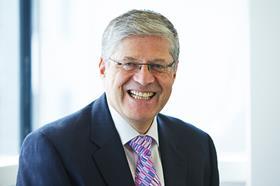 Easton is also critical of the appeals system.

“At the last count, there were still around 200,000 appeals outstanding at the Valuation Office Agency (VOA) on the 2010 rating list,” he says.

“The new appeals system in England is not popular and is difficult even for experts to navigate. While its aim might have been to make it easier to check your rateable value, the opposite is true.”

With only 1,210 people having applied for an appeal from 1 April 2017 to 31 December 2017, the number of challenges has definitely fallen. It could be argued that this is because people are happy with the rating they have received, but Webber fundamentally disagrees with this logic.

“These figures suggest that there is a 99.7% acceptance rate of the figures in the list — an approval rating that would be hard to achieve in a North Korean election!”

Easton, Schurder and Webber all agree with the idea of more frequent business rates valuations. However, all three also believe that such a change needs to be backed up by more funding and resources for the VOA.

None of these experts are fooled by the government’s claim that it can do more with less. The will to perform more regular business rates valuations is one thing; the capacity to do it is quite another.