Q&A: Women in Property’s chair-elect on her career journey and her priorities for the coming year

The Association of Women in Property (WiP) – the networking and campaigning body that promotes the role of women in the industry – gets a new chair next month. 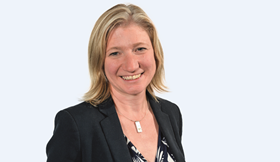 Jo Williams, building surveyor and partner at Sanderson Weatherall’s Bristol office, starts in the role at a time when the association could hardly be more in the spotlight. In the wake of the Presidents Club scandal, attention is focused more than ever on attitudes towards women in the industry and WiP has been vocal about the need for cultural change.

In an interview with Property Week, Williams shares her views on what progress has already been made and what improvements are still needed.

She also talks about her own career journey and what can be done to encourage more women to go into the property industry.

What attracted you to building surveying?

What was it that made you want to work in the built environment in the first place?

When I was at school I went out with this guy who was a plumber and I knew I didn’t want to do a desk job. I knew I didn’t want to be there 9-5 in front of a screen. I wanted something that was a bit more diverse and preferably outside. I was a very practical person. The guy I went out with used to come back with all the tales from on site and his descriptions of his work and I thought ‘I quite like the idea of that’.

Weren’t his tales a bit ‘blokey’?

Actually, because it is a bit more of a technical subject than other disciplines in the industry, there are fewer girls attracted to it. Our numbers in general are still quite low, as the RICS official figures demonstrate, although they don’t show the breakdown. From my own experience, I think there tend to be a few more women interested in building surveying, although we are still the minority.

On my degree course there were 40 people and only two of them were female. Talking to a recent graduate, her course was 30 people, of whom five were female, so I think things are getting better, but they are still in the minority.

How did you start your career in surveying?

I started out after university at a very small practice in Kent and then went to work for Carillion, which was then in its infancy. I was there right at the outset. I then worked for another regional practice and moved to Bristol in 2002 because I got fed up with London. Bristol is a beautiful city and I took a temporary job at Ridge & Partners initially but ended up being there for 12 years. I then got headhunted by DTZ, was at Gleeds for a while and then landed at Sanderson Weatherall.

What are your strengths and weaknesses?

The thing about building surveying is that it’s very technically based and I have a very strong technical knowledge. I think where I struggled later is in areas such as management, which is where WiP really helped me because it supported me with that kind of development. 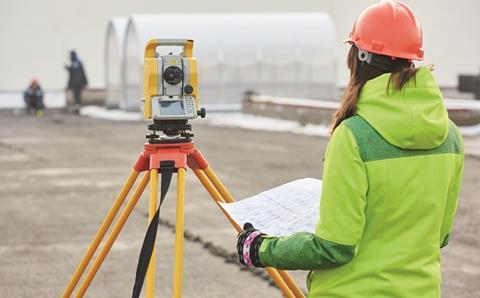 “I think there tend to be a few more women interested in building surveying, although we are still the minority”

You don’t come out of university and go straight into management roles – you come out and ply your craft. It’s great to still do that sort of technical work, though, because I wouldn’t expect any of my surveyors to do something that I’m not capable of doing or can’t advise them on.

When did you get involved with WiP?

I got involved in 2007. I’d worked my way up a bit of the ladder and I’d reached the first stage of management. I joined WiP to develop myself, widen my horizons and continue up that ladder – it filled the gap that I needed. It gave me the support, the confidence, the tools and the network to develop my own career.

What are your priorities as the new chair for the coming year?

To continue on with the excellent work that WiP has been doing and to maintain the association’s profile at the level where it is. Looking back on how I reached my position, my ethical standards and integrity have been really key. WiP is in a brilliant position now that we can comment on things like the Presidents Club issue and have the integrity behind us because of how our members act. I want to continue that and ensure that we are seen as an organisation in that top-notch role and that we are asked for comment and are able to set the standard.

The Presidents Club revelations showed that attitudes within the industry still need to change. What more can be done to achieve this?

I think it is moving on. In the length of my career it has changed. When I started I would see calendars of naked women on site and that doesn’t happen anymore. 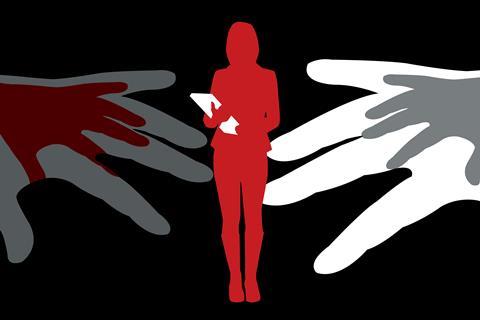 The Presidents Club has been behind closed doors, but the media interest means that sort of behaviour is no longer behind closed doors. The more that is revealed and the more we continue our stance on how great women are and what women can do in terms of teams then it will continue to progress. The tide has changed.

What policies should property companies adopt in order to further that change? Are you in favour of quotas for women in directors’ positions?

I’m not a fan of quotas. There should be an aspiration for companies to have more female directors, but making it a proportion makes it a bit tokenistic. There should be initiatives in place to encourage women into those roles, but having quotas is a bit negative. It’s about targets rather than quotas.

Is there anything else you think you can do that can help to support women in the industry?

It’s about raising the profile of what women can do. Sometimes women lack ambition – I probably lacked ambition myself. I’ve just had the opportunities and taken them where they have arisen. But if I’d had better role models at a younger age then maybe I would have been more ambitious earlier.

What do you want to achieve next in your own career ?

Well, I’m currently a salaried partner at Sanderson Weatherall and I only joined in September, so I still have my work cut out to build the Bristol office into a fully  functioning team. My first surveyor started last week, who by chance is female – I wasn’t aiming to recruit a woman and it was totally based on merit. I have to build a team there and then I would like to build my career to the next level at the company.