Commercial property owners often don’t charge their operating company even a token rent for the use of their premises, but a change in this year’s Budget means many should. 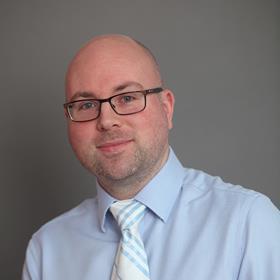 Until now, commercial premises have often been held in private, rather than in company, ownership to take advantage of entrepreneurs’ relief (ER). This tax relief gave individuals a lifetime allowance of £10m on which to claim reduced capital gains tax (CGT) of 10%, instead of 20%, when selling a business property, as long as they didn’t charge rent. By not charging rent, the building retained its status as a business asset.

However, in March, chancellor Rishi Sunak slashed the cap to just £1m, which means commercial property owners could be a lot worse off if they don’t shift their focus to another form of tax relief, which does require a market-rate rent to be charged.

The alternative is capital allowances (CAs), which allow individuals (and companies) to offset the cost of qualifying plant & machinery against their profits, which could be taxed at 40%. CAs used to be the less generous of the two, but that’s not necessarily the case any more.

Imagine an individual owned a commercial building occupied by a connected company housing £1.25m of CA-qualifying fixed plant and machinery, which increased in value by £10m. Before March, if rent wasn’t charged, the owner would have netted a £1m CGT saving under ER when the property was sold, far outweighing the potential CA benefit of £500,000 had rent been charged. However, under the new lower threshold, ER would only result in a £100,000 saving, making CAs the clear winner.

Not all accountants realise the potential knock-on effects of the chancellor’s changes, so it’s worth asking yours whether their tax advice requires revision. Switching from a rent-free arrangement could now save some commercial property owners hundreds of thousands of pounds.