Which techniques can be used to mitigate empty property rates?

Empty property rates is a tax on failure – the failure of the owner to find either a profitable use for the premises or a paying tenant. It is no wonder that affected ratepayers look to mitigate their liabilities, and the devolved administrations of the UK are developing their own rules. 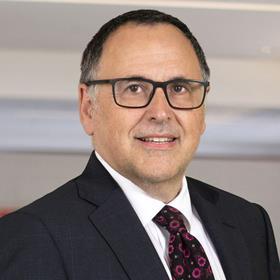 In England, you can, at present, mitigate using a variety of techniques, although the outcome in any specific case is not guaranteed. However, there are two techniques worth exploring.

Property owners sought to avoid liability by entering into schemes whereby SPVs took short leases of the properties and became liable to pay the relevant taxes. No rates payments were ultimately made by those SPVs as they were then either wound up or struck off from the register of companies for separate reasons.

The local councils issued proceedings in the High Court for recovery of the rates from the owners. The councils argued that the court should apply a legal principle that requires any relevant statute to be interpreted with reference to the fact that a tax-avoidance scheme is in place. Also, they argued that the separate corporate identity (and therefore liability) of the SPVs could be disregarded because the corporate veil was pierced. The Court of Appeal found in favour of the owners.

Ratepayers will be hoping the Supreme Court upholds the Court of Appeal and leaves reform to parliament. Judgment has been reserved.

This month, the Court of Appeal will hear an appeal from the Upper Tribunal in a case concerning property guardians. Pending redevelopment, the property was occupied by property guardians, four of whom had separate rooms; the others shared communal living space. The Upper Tribunal held that the individual rooms occupied by the guardians were separate units on which each guardian was liable for council tax. The arrangement of the space was such that the premises were not otherwise rateable. The Court of Appeal can now give a definitive view.

Empty property rates is a bad tax. Somehow, the ratepayer’s glass must remain half full.