As my year as master of the Worshipful Company of Chartered Surveyors came to an end yesterday evening I would like to cast some light on the livery movement and how it interacts with the property industry. 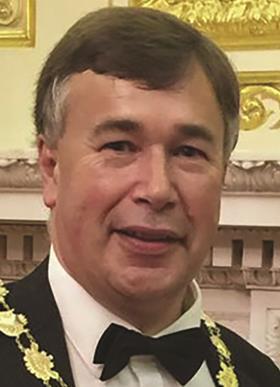 The origins of the City of London livery companies can be traced back to the 12th century with the formation of the first guild. The peak period for guild formation was in the 14th century. They became known as livery companies from the distinctive clothing and regalia or livery that members wore, which is still seen today on civic occasions such as the Lord Mayor’s Show.

The main function of the livery company was to regulate and protect the interests of the trade they represented in the City. They were also strong supporters of apprenticeships. Those operating in the more lucrative trades accumulated significant wealth. Many street names today reference the clustering of trades and also the 40 or so livery halls where members meet.

Livery companies have a governance role in the City, voting for sheriffs and endorsing the new Lord Mayor. However, charity and education is at the heart of what they do with some £40m a year donated to these activities.

Much of the wealth that supports the charitable giving is generated from real estate bought or bequeathed to the older companies, and a significant number of City freeholds are owned by livery companies.

The Mercers had the good fortune of being left a farm that is now some of the best retail property in Covent Garden. Appointments as surveyors to a livery company are among the most coveted.

Several of the older livery companies represent trades that are closely linked with our industry. These include the Carpenters, Masons, Plumbers, Tylers and Bricklayers, Plaisterers, Glaziers and Paviours. A new wave arrived in the second half of the 20th century including the Constructors, Architects and Chartered Surveyors. All of these companies are heavily involved in promoting opportunities for careers in the built environment and supporting disadvantaged young people.

The Chartered Surveyors Company celebrated its 40th anniversary this year

The Chartered Surveyors Company celebrated its 40th anniversary this year. We have 360 members drawn from different parts of the profession and a small number of non-chartered surveyors. The company’s objectives include advancing the property profession, supporting education and promoting charitable activities that help disadvantaged young people achieve their potential. Fun and fellowship is not far behind.

The company has four adopted inner-city schools and supports them with hardship grants, bursaries for university, careers advice, funding musical instruments and even buying rugby kits for a girls’ team. We marked our 40th anniversary by granting Treloar’s school and college for profoundly disabled children in Holybourne, Hampshire, the funds to buy a state-of-the-art coach.

This will enable some amazing young people and their helpers to be transported with their equipment to take advantage of work and leisure activities in the community.

In 1984, the Chartered Surveyors Company established the Chartered Surveyors Training Trust (CSTT) to facilitate training and apprenticeships for disadvantaged young people. The CSTT suffered from reduced numbers and cuts in funding following the financial crisis, but thanks to an investment of £150,000 from the Company it was able to bridge the lean years.

It was then able to respond with key employers, such as Gardiner & Theobald, to the new government apprenticeship initiative. CSTT, together with University College of Estate Management, is now supporting almost 700 apprentices.

Statistics suggest that in England, 10% of all degree apprenticeships across all disciplines in 2016-17 are in surveying courses managed by CSTT and UCEM.

If you want to get involved, there is plenty of information online about WCCS and livery companies.