Reading is a town struggling to keep up with its own growth. Boasting a world-famous music festival, a ruined 12th-century abbey and the UK’s second-busiest railway interchange station outside London, the town has historically been viewed by many as a transitional point - somewhere to travel to, from or through, but rarely to stay and build in. 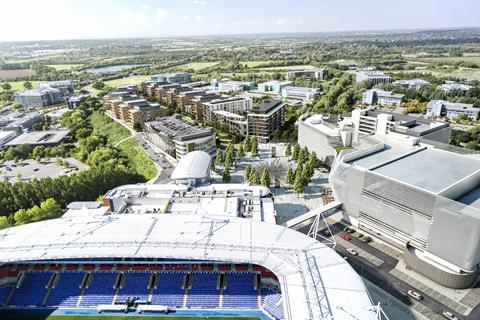 UPDATE: The scheme has now been unanimously approved by Reading Borough Council, find out details here

However, over recent years the town’s reputation has been changing and now Reading is the UK’s largest settlement without city status, with one of the country’s highest levels of worker density, at almost 14,700 workers per square mile.

The club’s chief executive Nigel Howe explains why he is backing the scheme and how he thinks the town will benefit.

The development on the land surrounding [Reading FC’s home] the Madejski Stadium has been evolving for many years now. “We first built small conference facilities at the Madejski back in 1998 and they have been very successful, so this is now the next natural step,” says Howe.

“There has been a massive investment in the area in recent years, especially in the station, which is now the best outside London, and means our accessibility is unparalleled. Reading has become one of the strongest economic areas in Europe.” 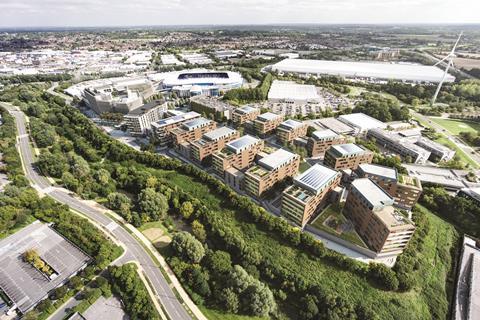 Companies now need the facilities to suit, he says. “Alongside that, having a world-class convention centre capable of hosting 6,000 delegates with flexible meeting spaces and even an ice rink gives the local population aspiration - along with the 1,000 jobs it will bring to the town. All in all, it’s a real win, win, win for Reading.”

Having seen planning applications repeatedly stalled and delayed by Reading Borough Council - Royal Elm Park was originally due to be discussed by the planning committee in November 2016 - the scheme received a welcome boost last week when planning officers recommended that council members approve the bid.

Their report says that while the proposals are not “fully compliant with all relevant policies”, the “significant economic and other benefits of the scheme as a whole” outweigh those concerns. 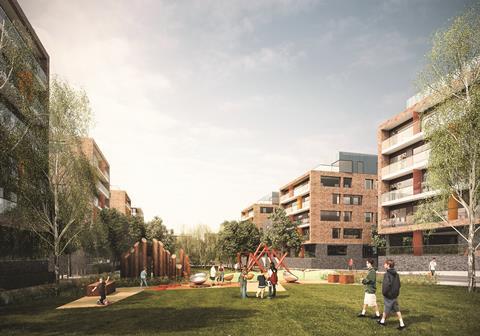 The concerns were largely centred on the affordable housing, environmental and transport aspects of the site. But Steven Smith, partner at Haslams Chartered Surveyors who advised Reading FC on the scheme, says that these fears have been allayed ahead of the committee meeting, which is due to take place this Wednesday evening (26 June).

“There have been a number of changes to the scheme over the past 18 months as the scheme has adapted,” Smith tells Property Week.

“But while there are no cast-iron guarantees, we’re very, very confident we’re there in terms of getting to the section 106 stage.

“The Thai investors who own Reading FC have really been driving this for the good of the community.”

Despite car park removal reducing overall parking capacity, Smith says the increased mass transport infrastructure and prospect of a direct Royal Elm Park rail line mean the scheme should be able to cope with a major influx of new visitors. Big crowds will certainly arrive if Reading FC achieves promotion to the Premier League next season.

With the club currently in a Championship play-off position, Howe says that a promotion back to the top flight matched with approval for the new scheme would be the ideal outcome.

“Twenty years ago, Reading was a small, lower-division club,” Howe says. “The impetus really came when we created a new state-of-the-art stadium and subsequently reached the Premier League.”

He adds that now “the football club plays a huge part in the community”. “It is a growing brand, ready to match the town’s growing population,” he says.

As for Royal Elm Park, Howe says it is an ambitious scheme that requires an entrepreneurial approach - the same approach the club has taken for some time. “We were one of the first clubs to put a hotel in its stadium,” he says. “At the time, everyone was saying ‘you’ll never fill it’, but now it’s 99% occupied Monday to Thursday every week of the year.” 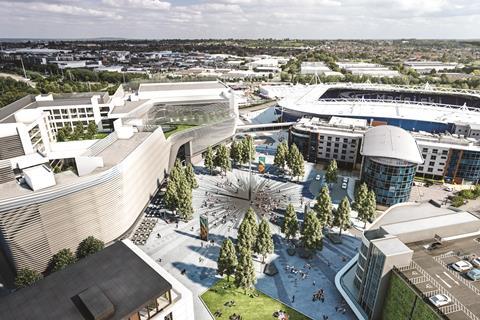 Looking up: Could Reading’s new stadium be hosting Premier League football in the future?

It’s a trick that Howe hopes to pull off again with a second hotel as part of the wider Royal Elm Park development.

“Reading is underbedded at the moment, so there is more than enough demand to fill the convention centre. This site isn’t just about meeting demand for the UK - it’s an international development with huge benefits to UK plc and for further inward investment. We aspire to make Reading FC an international attraction.”

Having improved people’s perceptions of Reading’s football club, Howe looks set to do the same for the town itself.