In 2015, China started to develop new free trade zones (FTZs) in key trading hubs on the mainland allowing the likes of e-tailing giant Alibaba to build bonded warehouses for foreign manufacturers to store goods duty-free before they are shipped to consumers. 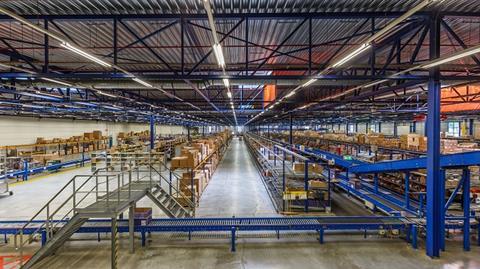 Up until now, the EU’s open borders and standard tariffs have meant there has been little need for bonded warehouses in the UK.

While they do exist – some 125 are clustered around Heathrow alone – few have been licensed by HMRC in the past decade. However, the Brexit vote has thrown the idea back into the spotlight.

When the UK leaves the EU, could there be a greater need for FTZs, where goods can be imported, manufactured, processed and re-exported without the payment of import taxes? And what would this mean for warehousing?

The government is looking into the issue. Only last month, Brexit secretary David Davis said in a speech in Teesside that the government would consider an FTZ in the area.

HMRC is also aware that Brexit could have implications for the industrial and logistics sector. “We recognise the potential changes that may be required for warehousing, although the details will be dependent on the final agreement with the EU and the customs and excise procedures to be applied,” says an HMRC spokesperson.

The issues around FTZs at ports, which are where they are commonly located, were discussed at length in the Centre for Policy Studies’ The Free Ports Opportunity report published in November 2016. Associated British Ports’ (ABP’s) chief executive James Cooper and Rishi Sunak MP stated: “Leaving the EU will enable Britain to capitalise on the free port opportunity. Today, the EU customs union and EU state aid laws make this almost impossible.”

The creation of free ports and FTZs in other locations could throw up opportunities for developers.

“We get enquiries all the time about new ways of developing all types of investment in and around our sites,” says David Leighton, group head of corporate affairs at ABP. “In some of those instances you could see where free ports could offer real opportunities.”

David Binks, head of logistics and industrial at Cushman & Wakefield, says developers may even be able to achieve above-average rents.

“There could be a slight rental premium inside those port locations and bonded warehouses because their very nature means you have certain immediate savings on paying the duty on goods,” he says. “I could imagine there might be some more bonded warehouses built.” 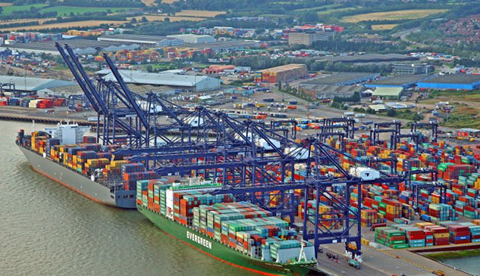 Felixstowe port: the creation of free ports could throw up opportunities for developers

Developers also won’t have to worry about doing anything different in terms of design or build. As Charles Binks, Knight Frank’s head of industrial and logistics, explains, the difference between a standard warehouse and a bonded one is simply accreditation. “[As a result,] it isn’t a matter of a developer building a warehouse especially for bonded warehouse businesses,” he says.

As to whether occupiers will hedge their bets by looking for bonded warehouse space now before the Brexit arrangements are thrashed out, Len Rosso, head of industrial and logistics at Colliers International, says it is unlikely.

“They could be taking a bigger warehouse and paying for product that may not sell,” he says. “That’s a dangerous game. Occupiers don’t want stock sitting in bonded warehouses.”

Even if a Brexit deal is struck that means FTZs and bonded warehouses aren’t needed, experts are confident that Brexit will have a positive impact on the industrial market.

“Brexit is positive because whatever happens there will be reasons to import goods,” says Bridget Outtrim, director at Savills. “If we have to go through a regime where goods are held up and they take longer to come from abroad, then that creates demand for UK warehousing.”

Martin Hastelow, head of office commercial agency at Savills in Southampton, agrees: “It may not be bonded warehousing being built, but we are going to see increases in general demand for warehouse space – that’s already evident.”

Whereas China is heading into its economic future with firm plans in mind, the UK does not yet have that luxury. As Brexit negotiations stumble on, those in the industrial sector will be keeping a keen eye on the UK’s customs plans. Whatever happens, the implications for property will be significant.