Few development sites have had as many false dawns as Vineyard Gate in Colchester. 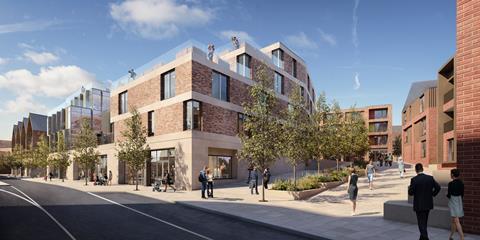 A retail-led development on the site was originally mooted in 2002 but never materialised. And last year, proposals for a £70m shopping centre at Vineyard Gate were dropped after the secretary of state gave the thumbs-up to out-of-town shopping centre Tollgate Village.

However, there could be a chink of light at the end of the tunnel for the site, which sits on the south-eastern edge of the town centre and just outside a section of the town wall dating back to the Roman era.

Following a major rethink, Colchester council is looking for a partner to bring forward a mixed-use town centre development at the Vineyard Gate site that could combine residential, commercial, leisure and boutique retail uses.

“We have stepped a long way away from a reliance on multiple national retailers,” says councillor Nick Barlow, portfolio holder for commercial services at Colchester council. “Everyone knows that the nature of town centre retailing has changed dramatically in recent years.”

The council’s new aspiration is for a mixed-use regeneration of the 2.5-acre site that will include residential as well as commercial and retail uses, plus public open space – a hotel is another possibility. Colchester council’s aim is to inject more round-the-clock life into the town centre; hence the inclusion of flats in the scheme.

Smaller boutique retail premises and ‘grow-on’ space for small but expanding businesses, such as the creative and digital companies blossoming at the co-working and creative incubator hub at 37 Queen Street in the town centre, are also proposed. 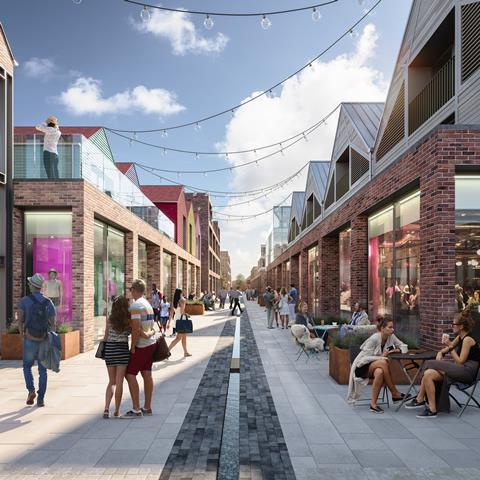 It is hoped that the development will also create a link between the town’s major transport infrastructure hubs, because the site lies between the railway station and the bus station, says Barlow. “We want to be able to use this scheme to attract people from those two key transport hubs into the town centre. It is a vital key to reinvigorating that corner of the town centre.”

So far the council’s new vision for the site has been broadly welcomed. “Something needs to happen and the council is doing the right thing by looking to regenerate it,” says Phil Dennis, head of commercial property in Essex for Savills.

“The fact that it has evolved is a good thing. It was [originally planned] to be 150,000 sq ft of retail and House of Fraser was [a] rumoured [tenant]. It looked like a fantastic scheme, but I was personally fearful it would dilute the retail offering in the town and draw it away from the core of the high street. Retail is obviously having challenging times now. I can’t see you getting national retailers there and if you did it would dilute the town centre offer.”

That is the last thing the council would want to happen because the town centre’s retail and dining offer is particularly strong and was further boosted by the recent £30m investment in Colchester’s Fenwick store.

The greater focus on residential makes more sense for the Vineyard Gate site, according to Dennis, who says he would support the introduction of an even larger residential element to the scheme than the council has so far proposed. “Having more people living in town means more vitality and more people to go out to the bars and restaurants and spend money,” he says.

Councillor Darius Laws, leader of the opposition Conservative group at the council, which is led by a newly-formed coalition of Liberal Democrats, Labour and the Highwoods Independent group following the May council elections, agrees that the emphasis should not be on retail at Vineyard Gate.

“Given the changing nature of traditional old-town retail settings, it is critical that a development this close to the historic retail core is a people-focused and public-realm-centric scheme that gives scope for flexible retail and residential to coexist,” says Laws.

“Twenty years ago, this site might have looked to attract a large anchor tenant, but in light of the digital shopping revolution we’ve got to accept that traditional old town centres need to be led by experience and boutique retail, as well as having wider attractions such as heritage museums, art galleries, theatres and restaurants.”

The council has commissioned architect GT3 to create a vision for the scheme, but nothing is set in stone as the proposals are still at a fairly early stage, says Barlow. “It is a discussion point and we are now looking at how we can take it to the next stage.”

Most of the site is now used as a surface car park and some small buildings will need to be acquired to advance the scheme. “The site is predominantly council owned and the intention is to acquire it in totality,” says Barlow.

“We have already acquired a number of properties around the site’s periphery to make sure we are in a position to take this forward.” 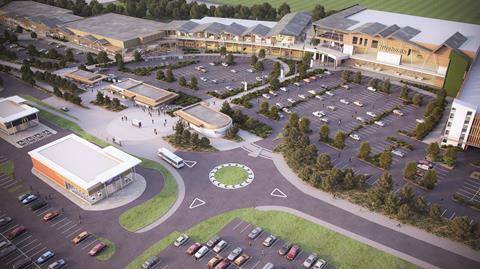 The Roman wall, a scheduled monument, is a prominent feature of the current site and the council’s aspiration is to make it a key feature of any new development.

the wall so we can have that piazza feel and the space can be used for all sorts of things in the future,” says Barlow.

The nature of the relationship the council will enter into with a development partner is yet to be determined, but it is not looking to sell the site. “We have aspirations to retain an interest and involvement in the site, in part to provide long-term income streams for the council,” adds Barlow.

The council has yet to draw up a schedule for the scheme, but given how long the town’s residents have already waited for Vineyard Gate to undergo a much-needed transformation, a further few months of deliberation seem eminently palatable, considering that something is finally about to happen at the site.