In just under two years, industrial and logistics proptech firm Stowga, which provides a marketplace for occupiers to trade space, has gone from a one-man band with big ideas to a company that is shaking up the sector. 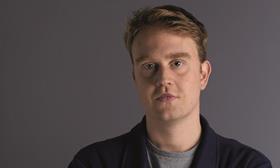 Charlie Pool says Stowga plans is to grow into Europe

It has signed partnership deals with CBRE, the biggest real estate broker in the UK, and with Gazeley, one of the biggest developers. It also has a host of third-party logistics operators (3PLs) queuing up for its service.

Founder and chief executive Charlie Pool tells Property Week how it all began and what the future holds for Stowga and the sector.

How did the concept come about?

You’d have to trace its routes back to when I worked at JP Morgan. I was investing in tech companies there – that’s where I first got interested in the tech space. I left JP Morgan and worked for a couple of tech start-ups that didn’t work out and got a proper job again working for Delin Capital Asset Management.

It was there that the idea for Stowga came about. People in the real estate team had identified the problem and my job was to look into solutions. Part of my role at Delin was to find out why nobody was doing it, because it was obvious. It had been tried before but most companies in the industry can’t do the tech – it’s very expensive and hard – or don’t want to set aside millions in capital to have a bet on it. However, if you come at it from a tech company side of things, you can get VC backing. I set up Stowga in February 2016 and the first version of the platform launched in July of that year.

For anybody who hasn’t heard of you, what does Stowga do?

The concept is based on peak warehousing and base warehousing. Take a chocolate manufacturer as an example. It has huge seasonal peaks in demand at three times of the year – Valentine’s Day, Easter and Christmas. Its warehouse space is big enough to cope with the peak but during the other times of the year it is operating at base levels and a lot of the space is not being used.

The company can use us in two ways: if it has a peak warehousing model, it can sell the unused space to other users during their off-seasons; or it can change its model to base warehousing and buy space on short-term deals in the peak seasons. By getting rid of a long-term lease, you get rid of the weakest link in the supply chain. 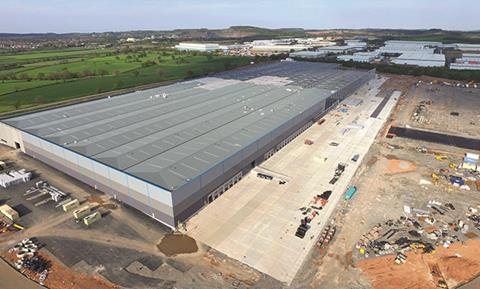 What our model does from an economic perspective is turn the long-term fixed cost of a lease into a short-term variable cost. Suddenly you have full flexibility through the supply chain to scale up and down as your business demands.

It’s the same for almost every business. Builders’ merchants, for example, operate at their peak in the summer months when people are more likely to have works done to their house. But come the winter they are dead. By contrast, the lead-up to Christmas is the busiest time for most retailers. We can match the peaks and troughs of different businesses. No business wants to sit in empty space. If you can turn that liability into an asset, the profit goes straight to the bottom line.

Initially it was just me, a phone and a computer, really. We quickly got customers coming to us. Our website was really basic – it said “if you have a warehouse and have got space to let, ring…” and “if you are looking for warehouse space, get in contact”.

For every one enquiry we were getting for space, I’d ring 10 of the companies with warehouse space – that’s the ratio we had. The customers didn’t know we weren’t using tech to match them up. It was literally me with a phone matching these people up.

It’s obviously a lot more high-tech now, though. You are getting some really big names through the door. How have the big occupiers taken to it?

Our first customer was Vimto. After the first transaction with them, their head of property said to me: “Let me get this right – we are only paying for the pallets we use and we are not going to let space? That’s amazing.” They’ve now got 14 sites through us and moved from their traditional distribution warehouse model.

It’s a return to the model that existed in the 1940s. Somewhere around the 1970s businesses went into consolidating everything into big warehouses to get efficiencies. We’re now moving away from that and getting the product closer to the customers and bringing about cost savings and better customer experience.

It happened by accident, really, but Vimto has been incredibly innovative. It is now planning to transition to a 100% flexible model.

We’ve got 4,000 warehouses on our books and we’ve got some really big names coming to us. Our clients range from the 3PLs to heavily specialised local logistics businesses. The 3PLs love it – their job is to maximise space; they don’t want to be spending money on marketing the space. For us to bring a company to them for free is a no-brainer.

What are the plans for the business going forward?

The plan is to go into Europe. We’ve taken on investors based in Vienna, Germany and France to deal with that. We aim to expand internationally as soon as possible – we’ll look to accelerate that towards the end of the year – but the immediate plan is to get it right in the UK first. Expanding before you’re ready is just going to slow you down. It’s easy to fall into that trap. We are continuing to push to sign up bigger customers with larger scale.