… no glory for Oasis Leisure Centre, which makes list of at-risk buildings. 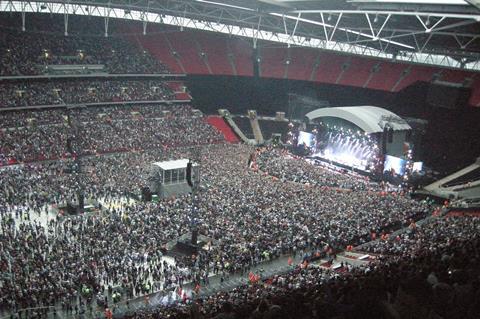 The leisure centre from which Britpop band Oasis took its name has fittingly broken into the top 10 – the Top 10 Buildings at Risk List 2021, that is.

The Oasis Leisure Centre, in Swindon, came third in the annual ranking compiled by the Twentieth Century Society (C20 Society), over fears it could be demolished. Second on the list is London’s City Hall, which has an uncertain future following Sadiq Khan’s plan to relocate the GLA to Newham.

The two were pipped to the top spot by the Bull Yard shopping precinct in Coventry, just two weeks before the city officially becomes the UK City of Culture. The precinct sits at the heart of a major redevelopment scheme and the C20 Society criticised the local council for its “appalling failure to protect its important post-war architectural heritage”.

Also in the top 10 were The Lawns halls of residence at the University of Hull, the former HQ of the London Electricity Board, Swansea Civic Centre, Derby Assembly Rooms, Halifax Swimming Pool and Murals, Cressingham Gardens housing estate in London and Shropshire Council’s HQ Shire Hall.

On Oasis’s part, it will no doubt be hoping it will ‘live forever’….