Will We work on film?

Everyone has been watching the WeWork saga closely, as the once seemingly infallible company lurched from failed IPO to co-founder and chief executive Adam Neumann stepping down in September. 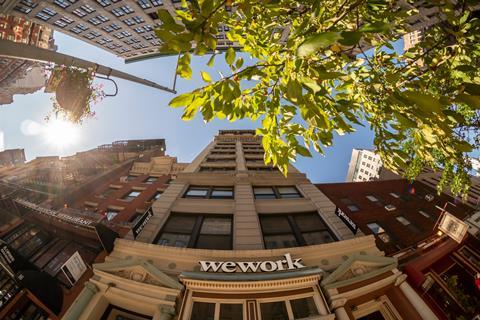 Now we will be able to watch it all over again: a Hollywood film is being made about the troubled flexible office giant. It will be produced by Jason Blum, who also made Get Out, and written by Charles Randolph, who wrote the script for The Big Short.

Read our WeWork investigation: The rise and fall of WeWork

According to The Hollywood Reporter, we won’t have to wait long as it is being fast-tracked by Universal and Blumhouse Productions. The script will be based on a book about WeWork written by Fast Company reporter Katrina Brooker.

In the meantime, we can entertain ourselves by trying to guess who will be playing Neumann… Eye’s money is on Christian Bale.