There are just four weeks to go until the 2017 LandAid Mipim Tennis Classic and the good news is that it is well on track to serve up a record total for the property charity. 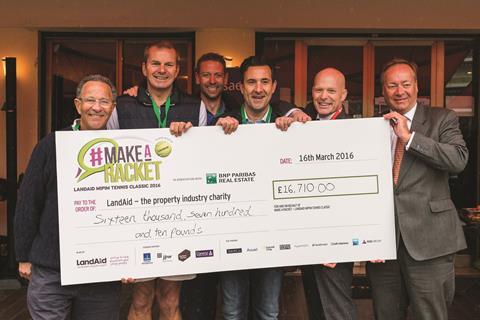 Cheque it out: the founding partners are hoping to smash last year’s total of £16,710

After last year’s tournament raised £16,710 - more than double the amount raised in 2015 - this year’s target is to raise at least £20,000. Everyone who signs up to play or spectate on Wednesday 15 March 2017 at the prestigious Cannes Tennis Club in the middle of MIPIM week will see their £500 playing fee (plus £500 fundraising) or £50 spectator donation go directly to the charitable cause.

This year, the organisers are also raising the stakes in another way: along with Martin Skinner’s special pledge (see below), founding partners Inspired Homes, The Lorenz Consultancy, Folio UK and JPW Real Estate have pledged to award a prize to the individual who raises the most money.

Among the current fundraising front-runners are Paul Noall, managing director of J Mills Contractors, and Andy Jansons, managing director of Jansons Property (see below), who are neck and neck on £1,000 each. But there’s still time to sponsor your favourite player online and/or to sign up and compete yourself in the challenge for the #MakeARacket shield. 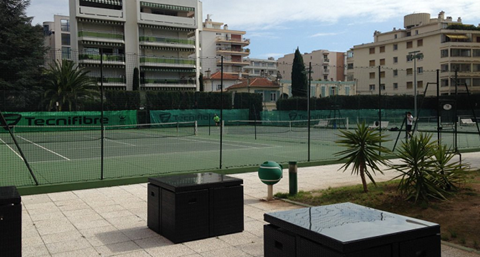 LandAid chief executive Paul Morrish explains why it is such a worthy cause: “The Mipim Tennis Classic gets better and better every year. We’re thrilled to be involved in this fantastic event, which is helping LandAid to continue its programme of vital support for young
homeless people around the UK,” he says.

“Homelessness isn’t inevitable. It’s a problem that can be solved - and that’s why every penny of support raised is so important. LandAid is determined to tackle the waste of talent that happens when a young person becomes homeless with your help at Mipim and beyond.” 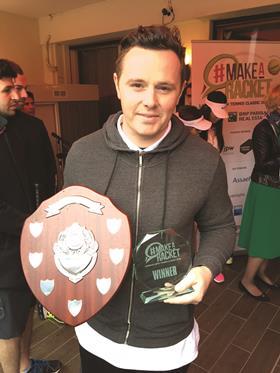 “It’s great to be involved in supporting the LandAid Mipim Tennis Classic for a third year and I’m looking forward to getting back on to the court to defend my title.

“This year’s tournament will be another great opportunity for the industry to unite in supporting LandAid’s mission to end youth homelessness. With only one month to go, I would encourage everyone attending Mipim to get involved and help reach this year’s fundraising target of £20,000.” 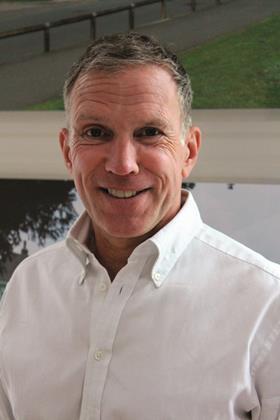 “LandAid Mipim is a great opportunity to network while raising money for a very worthy charity. At the same time, you get to play tennis, hopefully in the sunshine, in beautiful surroundings.

“I really enjoyed the event last year and made some very good connections. I look forward to coming back this year and challenging for the trophy while also raising further funds for LandAid.” 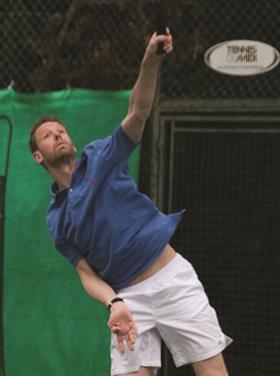 “Everyone knows how passionate I am about tennis. Raising money by doing something you love is a win/win. If you’re going to Mipim, join the tournament as a player. And if you’re not going, sponsor a player - preferably me.

“Homelessness in the UK has risen by more than 50% since 2010 - it’s a huge problem exacerbated by the housing crisis and we as an industry need to do more to tackle it. As an added incentive, if we hit our target, I’ll do a Gary Lineker and strip down to my undies!”

Joining the challenge to claim the #MakeARacket shield from LandAid chair Liz Peace this year will be PW’s own budding Novak Djokovic - Dan Brown. He’ll be joined by the John Inverdale of property, PW’s Sam Horti, who will conduct post-match interviews in front of what is shaping up to be a record number of spectators.

Meanwhile, ‘magician to the stars’ Darius will be on hand to entertain the crowds between matches.

In the run-up to the Tennis Classic, London at Mipim and New London Architecture will host a warm-up ‘Game, Set and Match!’ games night on 28 February, led by Emma Jefferson and Michelle Haywood - two members of a record female field lined up for the main event in Cannes.

Ahead of the tournament, Peace will open the London Stage at Mipim alongside a famous Murray - no, not Andy or Jamie, but London deputy mayor for housing James - and will provide an update on the amount of money raised by the event.

Sign up to get involved with next year’s event at mipimtennis.org