The mass migration to working from home (WFH) has been safe, flexible and cheap, but six months on, the workplace faces an existential crisis as the expected return fails to materialise. 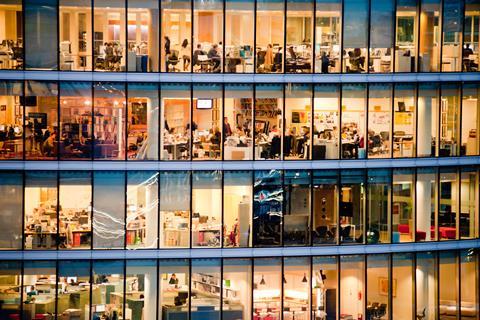 Mixed message: a lack of clarity in government guidance is at the heart of debates over a return to the office

Offices across the country remain deserted, the coffee shops, restaurants and retailers that depend on them eerily quiet – or not yet able to open.

In the absence of coherent guidelines from government, it is no surprise that some employers have delayed reopening their offices until the new year or that some employees do not yet feel comfortable enough to brave public transport and return to the office. But if the situation does not improve soon, the office sector could soon find itself in as much distress as the retail sector.

That is why this week Property Week is launching ‘Save the Office’, a campaign encouraging the industry to lead from the front on the return to the office.

Over the next few weeks, we will be running a series of features and comment pieces putting the case for the office. We aim to underline why workplaces are so important and showcase best practice so employers can help their people return to the office confident that the appropriate Covid-19 safeguards are in place.

Businesses are currently weighing up the costs and concerns of commuting during a pandemic against the social and economic value of meeting people face to face. But it is not just the future of the office sector that is at stake if people don’t return; it’s the future of the UK economy.

The two concerns at the heart of the debate about returning to the office are worries about the safety of public transport and a lack of clarity in government guidance.

The London Underground in particular is the cause of much anxiety for commuters, despite assurances that the Tube network is now safe to use, while government guidance about how to get to the office and what to do inside it is not clear enough, and is sometimes even contradictory, according to experts. The result is largely empty business districts.

One man who returned to his City office as soon as restrictions were lifted was James Beckham, a top property deal maker who heads CBRE’s central London investment team.

“As soon as the office opened, I was in on the first day. It felt quite surreal to start with – there were streets normally teeming at 8am that were completely void.”

In recent weeks, Beckham has noticed the Square Mile slowly coming back to life. However, he says that occupancy levels still “feel like 10% to 15% at the moment”.

Yet government policy on returning to work appears hopelessly confused. “The guidance around working safely in an office setting is all over the place and needs sorting out,” says British Property Federation boss Melanie Leech bluntly.

“For example, although the message from ministers more recently has been focused on getting people back to the office, if you read the detail of the guidance you’ll find it says ‘keep to the minimum the number of people we have in the office when they can work from home’. 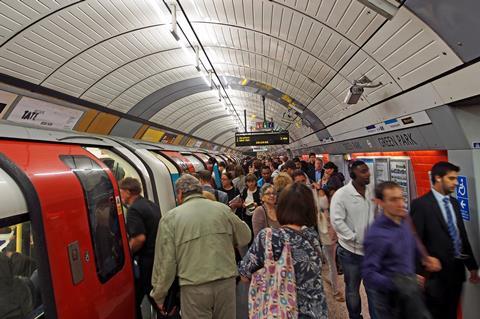 Travelling in: there are concerns about the safety of public transport

“The government is also not encouraging civil servants back to work, so why on earth should anybody else if they’re not prepared to lead by example?”

Her biggest gripe, though, is the government’s lack of clarity and leadership around public transport: “I believe them when they say the Tube has never been cleaner and safer than it is now, but that’s partly because there’s hardly anyone using it! How are they going to cope when traffic scales up?”

She warns: “It needs to be a consistent and clear message from ministers that our city and town centres are going to die unless we bring people back into them both for work and for socialising.”

Few districts have been as hard hit by the office exodus as Canary Wharf, where giant towers and sprawling HQs have lain empty since the mass migration to WFH in March.

“But the messaging about the Tube not being safe has hit home very strongly and has been rubbed into people since the start of lockdown, so there’s reluctance to get back on it.”

Steve Norris, a former prominent Conservative politician who is now chairman of Soho Estates and This Land, agrees. “Train and Tube operators have to start working more on the whole idea of promoting sanitisers and face masks so it’s safe for people to travel on public transport,” he argues. “Why is our rate of public transport use so much less than anybody else’s in Europe?

“The second thing is there has been a lot of mixed messaging from government. It’s all very well for Boris to wave an arm and say ‘please get back to work’, but as long as he sticks to the two-metre rule, he’ll find many offices are almost impossible to occupy because you’ll only get about a quarter of staff in the office space.”

Norris says the government needs to lead by example by getting civil servants to return to the office, for instance. Large corporations, too, are exacerbating the problem.

He cites asset management giant Schroders, which recently told staff they could work from home permanently. “I’ve heard such nonsense from people like Schroders who say they don’t expect people to come back to the office. Lots of people really don’t like working from home and the whole model is flawed.

“Why is it the biggest companies in the world, like Google, Twitter and Facebook, all develop campuses? It is precisely because it’s only those water cooler moments that generate real, genuine innovation. Flexible working, fine. Home working, forget it.”

“Some tenants and corporates need to show a bit more leadership – companies might be telling people they can work from home, but it doesn’t mean they want them to work from home.”

Despite these fears and frustrations, there is still a firm belief that people see the benefits of returning to the office. As developer Gerald Kaye writes in this week’s comment section (p20): “The shortcomings of WFH are so significant that the experiment will be short-lived.

“Mass WFH has led to a 20% fall in GDP, there is a loss of team spirit and corporate culture, breaches of data and confidentiality have increased, it is more difficult to share ideas, motivate others and there is a lack of buzz.”

The benefits of a communal workspace are becoming more evident. Now Property Week is throwing down the gauntlet to the industry to do its bit to ensure employees feel safe to return. If it doesn’t rise to the challenge, we may be about to witness the office sector succumb to a crisis every bit as devastating as the one that has hit retail – and on top of that crisis, one that could cripple the UK economy for decades to come.