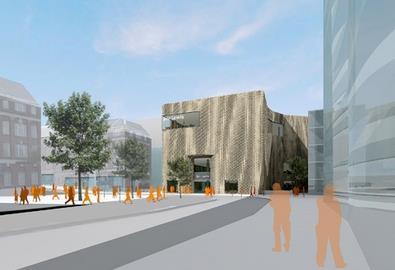 The Leeds Partnership, a joint venture between Hammerson and Leeds-based Town Centre Securities, has appointed six architects for its £800m retail-led scheme in Leeds.

The Jerde Partnership, Benoy, Heatherwick Studio, Acme Space, John McAslan & Partners and Gross Max have been appointed on elements of the 1.5m sq ft scheme, which was masterplanned by Sir Terry Farrell.

The partnership went through a six month selection process with 70 practices initially identified. Following a comprehensive design review a shortlist was invited to submit designs for the project and the final six will now each work on the plans for separate elements of the overall scheme.

The project, to be called the Eastgate Quarters, located between the civic quarter and the existing retail district in Leeds city centre, will comprise three distinct areas and will create more than 100 new shops together with a restaurant district and up to 600 new homes.

Los Angeles-based Jerde, in collaboration with Benoy, has been chosen to design Templar Street comprising 900,000 sq ft of retail including a Marks & Spencer anchor store.

Heatherwick Studio will design Harewood Courts, adjacent to the Victoria Arcade, home to Harvey Nichols. Harewood Courts will be the new home for classic designer labels and international luxury brands with up to 200 homes above the retail units.

John McAslan + Partners will be responsible for the restoration of the listed buildings within the scheme, such as the Templar Building and the grand terrace, originally designed by Sir Reginald Blomfield.

Planning permission for the scheme was granted in February 2007 and construction is expected to begin in 2009 with completion in 2012.