Back-dated business rates 'could lead to exodus from UK ports' 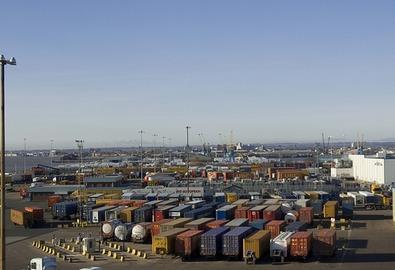 Occupiers in the Port of Hull have warned the Government that implementing back-dated payment of three and a half years business rates could lead to an exodus from UK ports.

A spokesperson from the Humber Dock Rating Group, which is comprised of 15 port occupiers including P&O, said:

‘If companies are re-considering their investments then it is worth considering that shipping logistics is one of Hull’s last vestiges of unique industrial selling propositions. The impact on local economies could be substantial.’

The Port of Hull is the first of the UK’s 56 ports to be revaluated by the VOA and occupiers claim that paying the £17m retrospective rates from 1 April 2005 will cause redundancies and bankruptcy.

P&O, which faces a bill of £5m, confirmed that the ferry company was revaluating its position at Hull, in the face of what it described as ‘an out of the blue 500% rates increase’.

‘The economic base is shifting and we now need to look at it and say “we don’t have to invest in the port at Hull". The business model has changed overnight and it undermines our long-term presence and forces us to look at other ports.’

Associated British Ports (ABP), owner of the Port of Hull, told Property Week that it was ‘very concerned’ that it would lose occupiers because of the rates.

The Valuation Office Agency (VOA) has set this month as a deadline for tenants in Hull to pay rates which were previously charged to port owners, but some occupiers are refusing to pay claiming that they have not been given sufficient notice to make provision for the rates increases.

In a statement, the VOA, which is implementing a ‘conventional’ rather than ‘prescriptive’ valuation said of the potential impact the rates could cause:

‘The planned changes are a move from there being a number of incorrect assessments and some properties not being assessed to the correct position in accordance with existing legislation.’