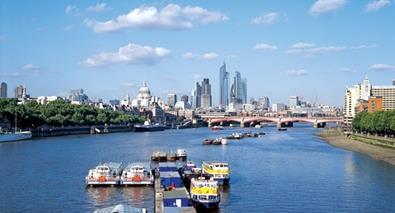 HSH Nordbank has extended a loan used to purchase the Pinnacle tower site in the City of London for another year, as developer Arab Investments pushes ahead with its speculative development plans.

The German bank funded the £200m purchase of the site in May last year, from German fund manager Union Real Estate, for a consortium fronted by Arab Investments.

Arab Investments plans to develop a Kohn Pedersen Fox-designed scheme in London’s historic Bishopsgate area. The 945 ft Pinnacle will be one of the city’s tallest towers. It will have 63 floors and around 1m sq ft of office space.

It is thought that the site finance loan, which includes more than £100m of equity from the investors, was due to be refinanced or repaid next month.

Among the investors in the consortium are Pramerica Real Estate, which has more than 18%, as well as a range of Middle Eastern investors. Arab Investments, headed by Khalid Affara, is also an equity investor and will earn a development management fee.

Following a revaluation, in which sources say the site value increased after taking into account work that had already been carried out on the site, the bank agreed to extend the loan.

The consortium has not injected any further equity, although the investors are providing equity as working capital to progress the development of the tower.

It is thought that the consortium has already spent £40m to finance the demolition of the existing buildings on the site, settle disturbance claims from neighbouring insurer Hiscox, and meet design, marketing and other development costs.

Steel piling work has begun at the site.

Arab Investments hopes the scheme will be completed during the first half of 2012, but has yet to secure development finance and may be hard pressed to finish within that time scale.

Given the last two tumultuous weeks in the banking sector, it is not actively seeking a development finance partner but will continue to assess the situation.

Affara has said on numerous occasions that the consortium is committed to developing the tower. This week it signed a lease with the owners of the Wolseley restaurant on Piccadilly to open a restaurant on the top floors of the tower.

It signed a contract with Rex Restaurants Associates, headed by restaurateurs Chris Corbin and Jeremy King, to take 13,000 sq ft for a restaurant and cocktail bar on levels 58 to 63 of the scheme.

It will be open to the general public as well as office tenants, and will have 360 degree views of London.