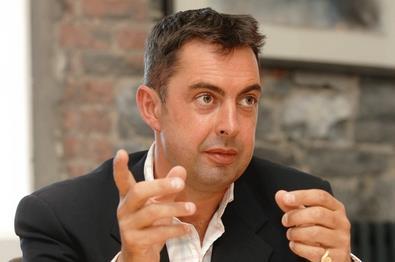 Irish group Treasury Holdings has carried out a major restructure of its company which will see it split into four main divisions covering its Chinese, UK, International and Irish businesses.

Tincknell has been based in China for the past three years and helped establish its Chinese business and the purchase by Treasury-managed China Real Estate Opportunities of a £500m plus portfolio of assets in Shanghai and Beijing. He will return from China to the UK next year.

400m purchase
His appointment comes at a point where the company has grown its interests in the UK through the £400m purchase of the Battersea Power Station site by Real Estate Opportunities, the listed property company in which Treasury Holdings has a 66% interest and to which it is the development adviser.

In addition to the 38 acre Battersea Power Station site it also has interests in three other sites in the UK and plans to grow the portfolio further. In continental Europe it has operations in Russia, Sweden, Germany and Spain and its combined international and UK development portfolio comprises more than 25m sq ft of commercial space.

Growth
Richard Barrett, co-founder, said: ‘In recent years, the scope of Treasury’s operations in terms of its geography, size and ambition has multiplied many times: the restructuring of Treasury Holdings will facilitate the management of the company’s further growth.’

The two other Irish and Chinese divisions will be headed by John Bruder in Ireland while Treasury has poached Richard David, managing director of MacQuarie China, to head Treasury Holdings China.

Rob Davies, who has been heading the Battersea Power Station project since its purchase, has been promoted to director of Treasury Holdings Ireland.