BJD Investors and Developers have outlined plans for a residential led scheme having made a surprise acquisition of the eight-acre site of Derby’s former DRI hospital. 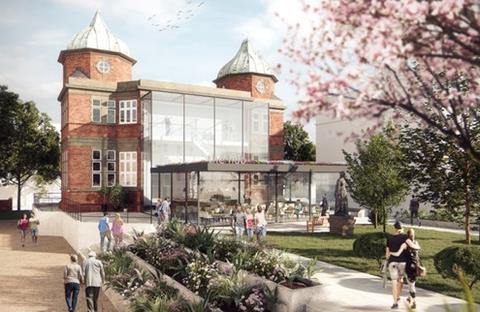 BJD, formed by Cedar Group founder Grahame Whateley and James Dickens, have advanced an initial scheme design from previous owner First Urban, which had outline planning approval to build up to 500 homes on the site. The revised scheme will see close to 800 homes developed around the site’s ”iconic” Pepper Pot buildings.

Other historical features of the site will be refurbished and restored, including the five villas opposite Hartington Street, having sat vacate since 2015.

If granted planning permission next year, work will commence in August 2019, with the first homes available in autumn 2020.

Earlier this yera, First Urban passed on an agreement to acquire the site from the University Hospitals of Derby and Burton NHS Foundation Trust, and BJD swooped to agree an off-market deal.

Dickens added: “We have been working with Derby City Council’s planning team to create an environment which encourages an active lifestyle comprising cycle routes, promenades, open air gym fitness areas, children’s play areas and lots of substantial planting running through the main axis of the site. Both pepper pots will be retained for community use such as cafes, gyms, exhibition space or visitor centres. As a result we feel the scheme will have a much greater positive impact on the city than originally planned.”