Capital gains tax to be doubled to 40% by coalition government 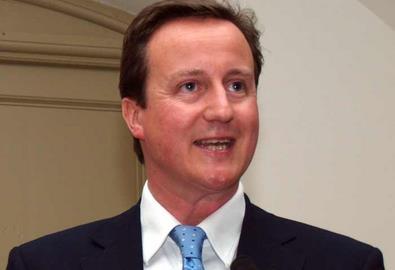 An increase in capital gains tax will be at the heart of a package of reforms agreed by the new coalition government, led by prime minister David Cameron.

The CGT paid on ‘non business’ assets such as shares and second homes, currently a flat 18% rate, is likely to rise close to the 40% rate of income tax. This will hit many property people - from individual investors in buy-to-let properties to those realising the value of share options.

The British Property Federation this evening called for target rollover relief from this doubling of the tax and also for the formation of residential REITs, which were introduced for commercial property in 2007.

BPF chief executive Liz Peace said: “Buy-to-let landlords and individual investors will bear the brunt of this 22% tax rise and, while the public at large may have little sympathy with those profiting from property sales, ministers must recognise the massive contribution that these people have made to housing supply over the last decade. Over a million more people rent now than in 2001 and this has been made possible through buy-to-let investment.

“The government must to look to nurture new investment streams into housing – through residential REITs and from the institutions. This will mean reforming tax rules, incentivising large-scale investment from institutions and changing the REIT structure to allow housing vehicles to form. Ministers should also look to introduce a targeted rollover relief from these changes for investors who keep their money in housing.

“If the right residential REIT or other collective investment vehicle could be formulated, offering deferral of tax to anyone selling a property into the vehicle in return for an interest in it, this could be a way of encouraging greater liquidity in rented housing.”

The new government also plans changes to corporation tax as well, paid for with a cut in capital allowances. The Tories are proposing “initially” to reduce the main corporation tax rate from 28% to 25% (with a corresponding drop in the small companies’ rate), and to pay for that “by reducing complex reliefs and allowances”. That reference is understood to be to capital allowances, but it may also refer to tax relief for interest costs.

Peter Cosmetatos, director of finance policy for the BPF, said: “Capital allowances support investment, which is otherwise tax disadvantaged, and which is a vital component of economic growth and recovery – at this stage in the economic cycle, it would make more sense to be extending them than restricting them

“Certain capital allowances (enhanced capital allowances (ECAs)) are specifically designed to support ‘green’ investment, but we and others have pointed out that they should be extended and simplified if they are to help deliver the substantial reductions in carbon emissions from commercial buildings that the UK needs – any move to restrict them would instead make emissions reductions even more difficult

“Any restriction of allowances used by the property industry must – like any restriction of interest deductibility – be considered very carefully against the mandatory distribution requirement for REITs - which was originally designed in an environment where 25% writing down allowances were available for most qualifying plant and machinery.”