Chinese developer R&F Properties has bought the iconic Nestlé Tower in Croydon and surrounding development sites for a price believed to be just under £60m, marking its debut buy in European real estate, Property Week can reveal. 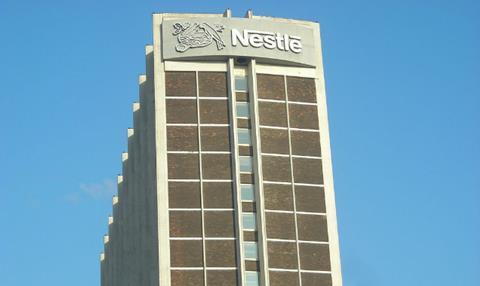 The developer purchased the 200,000 sq ft tower and the 250,000 sq ft St George’s Walk development site – including the listed Segas House – from Minerva, which is owned by funds advised by Delancey and Ares Property Partners.

In total, the purchased sites have development proposals for more than 1,000 residential units: 288 in the former Nestlé offices, which have planning permission, and around 800 units at St George’s Walk.

The estimated development value of the units is around £500m.

Property Week understands that the Chinese company – which has developments in China, Australia, and Malaysia – beat a slightly higher, joint bid from Grosvenor Square Properties and Inspired Asset Management to win the site.

Minerva acquired the Nestlé tower, called St George’s House, for £10m in 2015 from then owners L&G. The food and drink company had occupied the building from its completion in 1964 until 2012, since when it has been vacant.

Xia Ning, on behalf of R&F Properties, said: “As a newcomer to the UK market, we are excited to bring our expertise and enthusiasm to this significant town centre scheme.

“We aspire to provide positive real estate schemes across the world and look forward to working closely with the local community, businesses and stakeholders, to deliver the most appropriate scheme for the benefit of the borough.”

A spokesperson for Minerva said: “Having spent the last couple of years investing in the overall Queen’s Square site, we now believe this is the right time for another party to deliver this vitally important project for Croydon.

“The St George’s House planning permission has been implemented, existing Section 106 Agreement revised and a masterplan has been prepared and discussed with Croydon Council.

“It will now be for R&F Properties to consider the most appropriate way to bring the scheme forward, however we have no doubt the result will be something the town can be proud of and we look forward to following progress, whilst we focus on our other land holdings in the area.”

Tom Moore, director at CBRE said: “This is a fantastic investment for R&F Properties and one of the largest London residential development deals to have taken place this year.

“It will provide a huge boost to Croydon, which due to its affordability and strong infrastructure is becoming an increasingly popular part of London. Chinese developers have shown a great interest in large London development sites over the last three years but few, if any, have been successful. It is encouraging to see this deal happen, despite tighter capital control in China.”