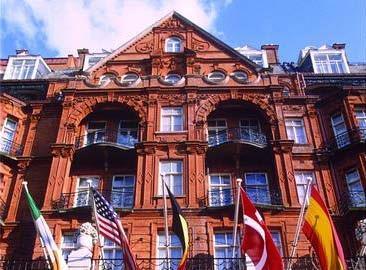 Derek Quinlan looks set to get planning permission to build two extra floors on top of his prestigious Claridge’s hotel in London’s Mayfair after planning officers recommended his application.

Quinlan wants to build the two-storey extension to create another 40 bedrooms at the five-star hotel – which will increase the floor space by more than 36,000 sq ft.

The extension will be on top of both the 1890’s Victorian Wing and the Ballroom Wing, which was completed in 1931.

English Heritage has voiced concerns over the bulk of the proposal but Westminster’s planning officers have recommended the scheme because the development is ‘in sympathy with the existing building’s architectural character.’

The development will also mean unsightly mechanical equipment, currently kept on the roof, will be rehoused in a new basement.

Quinlan, who recently celebrated his 60th birthday at the hotel, will also have to pay £3.8m towards the council’s affordable housing provision as well as £80,000 for environmental improvement works, £33,000 for CCTV and a minimum of £200,000 worth of public art.

The hotel, frequented by A-list celebrities and home to a Gordon Ramsey restaurant, will also have two new lifts and refurbishment works to the outside of the building.

The application will go before Westminster planning committee on Thursday 22nd