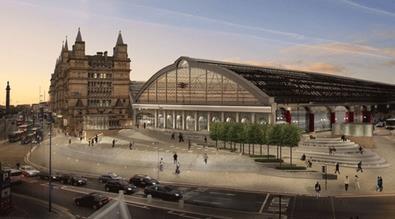 The final stage of Liverpool’s redevelopment of its Lime Street train station can begin after contractors Balfour Beatty were appointed to the scheme.

Balfour Beatty Regional Civil Engineering will build a new public space at the front of the station.

The Lime Street Gateway project has involved the demolition of Concourse House, once voted the city’s worst eyesore, and a row of shops.

Campaigns from retailers and architects have tried to prevent the demolition of the buildings.

Liverpool Vision, the Homes and Communities Agency, Liverpool City Council, Network Rail and Merseytravel, the organisations behind the scheme, say it will reveal the grade II listed Victorian station and will create a more direct pedestrian route to the city centre.

The project is expected to be completed in Spring 2010.