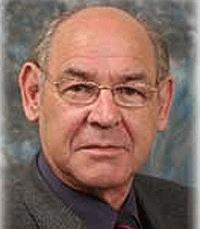 Barking and Dagenham Council has pledged to fight the Mayor of London’s decision to put the Docklands Light Railway extension into Dagenham Dock on hold.

It said that thousands of new homes planned for Barking Riverside were in jeopardy as result of Mayor Boris Johnson’s decision.

More than 30,000 homes are planned as part of the Barking Riverside regeneration project in the Thames Gateway.

Leader of the council, Councillor Charles Fairbrass, said: ‘It is a bitter blow for the development of the borough and means that many regeneration projects will also fall by the wayside as a result of the decision.’

The decision to shelve the £500m project came to light in Transport for London’s business plan, released last month.

Fairbrass said: ‘Without the crucial DLR extension, only 1,500 of the planned 11,000 new homes at Barking Riverside will be built and the regeneration of the area will grind to a halt.’

He said the council, as well as two local MPs Jon Cruddas and Margaret Hodge, would lobby the Mayor and government ministers. A public inquiry, due to start on 4 November, has been postponed as TfL and the DLR said they needed to check project funding.