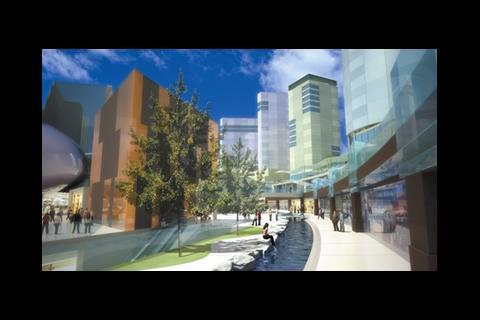 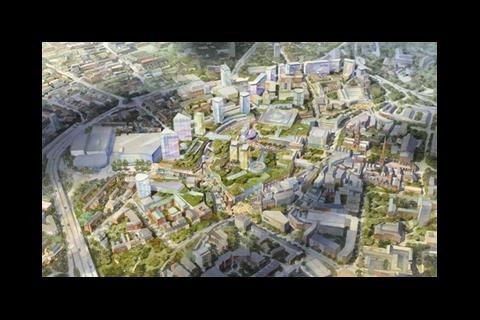 Designed by architect firm The Jerde Partnership, the plans are likely to include residential, retail, leisure and community facilities, along with green parks and open spaces.

In response to a consultation where local people complained that the city-centre suffered from 'cheap shops', and that the city centre was neither 'attractive or well connected', Jerde also plans to introduce new shops, a library and a waterway following the River Sherbourne through the middle of a new shopping centre.

Cllr Ken Taylor, leader of Coventry City Council said: 'The people of Coventry have been firmly in the driving seat during these early stages and they have been very clear about what they want in their new city centre – Green spaces, an understanding of our great history and a pleasant environment that's easy to walk around and get to places.

'I think Jerde has delivered all this – and more – and I'm delighted with the way our ideas have been translated into this vision. People urged us to be bold in our plans, and I don't think we have disappointed them.'

He said the proposed mall is 'distinctive, quirky and very special, and it will make the centre of Coventry unique again', adding that the redesign was a 'once in a lifetime opportunity and we must make it happen.'

Stuart Berriman, partner and design principal of The Jerde Partnership, said: 'I've worked on urban revitalization projects throughout the world and it has been really rewarding to take part in what I believe is an unprecedented partnership between local people, public and private sectors.

'Even before any drawings had been completed, the Council had received nearly two thousand comments from the public. The level of engagement shows the commitment everyone has to recapture the unique essence of the city.'