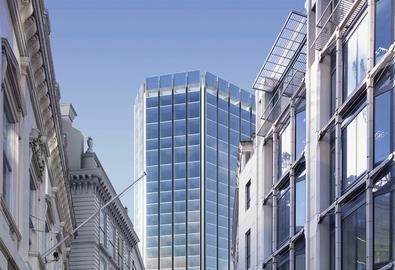 DTZ has made its long-awaited decision on a new European headquarters and will be moving to Hammerson’s office scheme at 125 Old Broad Street in the City of London.

The global property services company has agreed heads of terms to take around 100,000 sq ft at the scheme at the site of the old London Stock Exchange.

Its city office will be relocating from its current office at 30 Throgmorton Street where it has 14,000 sq ft in a move which is likely to take place around Autumn next year.

No decision has been taken yet on which other services will occupy the office. DTZ will continue to maintain a strong presence in the West End which will be centred in the Warwick Street office of Donaldsons, the rival it bought in July this year in a £40m deal.

It is likely to move out of its One Curzon Street office altogether in time and is said to be close to agreeing a deal with asset manager GLG Partners, which is also a tenant at One Curzon Street, to take on its space.

The letting at 125 Old Broad Street is a coup for Hammerson and GE Real Estate and Bank of Ireland which own a 50% interest in the scheme. Last month Hammerson also entered into detailed negotiations with French law firm Gide Loyrette Nouel which plans to take 34,000 sq ft on floors 13, 14 and 15 on a 15-year lease. It is thought to be paying £60-£65/sq ft.